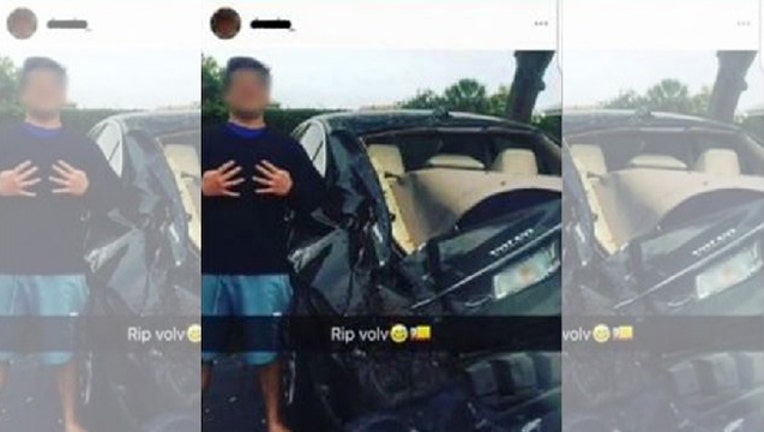 (WSVN) –  Florida Highway Patrol officials are investigating after a teenager involved in a fatal crash was seen smiling in a photo that was taken in front of a wrecked vehicle he was riding in, according to WFTS

The photo surfaced on the Internet three days after the crash. It shows the passenger of the car smiling holding up fours on both fingers with the caption "RIP Volvo." The caption also has a smiley face emoji, a tear drop above it’s eye emoji along with a semi truck emoji.

“I am angry cause, meanwhile, they are posting pictures on social media thinking it's funny, my husband what was left of him, is being cremated," Elsie Nieves-Drewelus told WFTS.

Her husband, Robert Drewelus, was killed in a crash while driving on I-75 in Sarasota. FHP officials said Drewelus slammed into the back of the Volvo that the teens were riding in. The truck was carrying 8,500 gallons of gasoline when it went off road and caught fire.