State lawmakers clashed with a regulator over whether to go back and fix a pricing error and whether consumers could see an impact in their bills.

Legislative investigations into the February power failure turned to the potential for more economic fallout.

State lawmakers clashed with a regulator over whether to go back and fix a pricing error and whether consumers could see an impact in their bills.

Even legislators, at times, are having a tough time grasping the incredibly complex process in which the electric market works in Texas.

The crux of the latest hearings in Austin come down due to a pricing decision made by outgoing ERCOT CEO Bill Magness and former Public Utility Commission Chair Deann Walker. Both lost their job in the wake of the February power crisis. 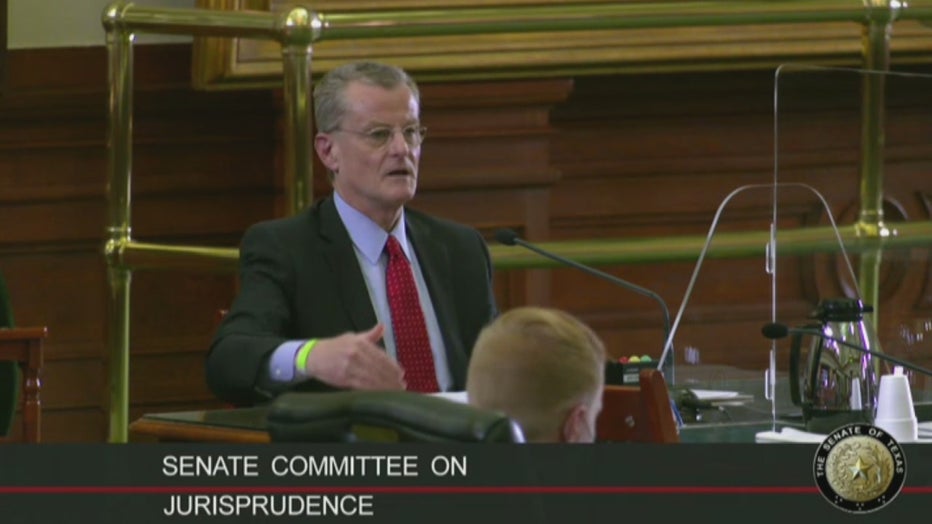 The two agencies had maxed out energy prices hoping to incentivize power generators to crank out as much as possible.

But an independent monitor found as the situation started to stabilize, just before midnight on Wednesday, Feb. 17, ERCOT made a mistake when it decided to keep prices at a high level for 32 additional hours.

It was an error to the tune of billions of dollars that the monitor says could have negative impacts on the market.

"I remain significantly concerned about the possibility of cascading bankruptcies," said Independent Market Monitor Carrie Bivens. "If we start to lose that, if we start to lose a number of market participants, that is going to negatively impact the efficiency of the market."

ERCOT thought the high prices might deter some industrial energy consumers from coming online and, along with other factors, risk more rotating outages late in the week.

Magness says they knew it would have an economic impact but prioritized getting power back.

"I think there was certainly an understanding, there’s no doubt an economic impact. But we were trying to weigh it against the impact of if these risks came to fruition and there’s something we could have done, even if it had economic impacts, what’s the best judgment."

So far, the Public Utility Commission, which due to resignations consists only of newly appointed chair Arthur D’Andrea, has resisted requests to retroactively fix the prices, questioning whether it's legally possible. Although, he admitted regulators made irrational economic decisions during the storm.

"We made some decisions that first week that didn’t make economic sense. And that’s because that first week we were entirely focused on getting the lights back on because people were freezing in the dark," D’Andrea said. "And when an economist, and this is not to say economists are heartless, but she was never asked to consider the cost of 58 dead Texans."

For the second time ever, Lieutenant Governor Dan Patrick made a guest appearance on a Senate Committee and grilled D’Andrea, a two-time Abbott appointee, over not fixing the prices.

"I don’t call this repricing, by the way," Patrick said. "I call this fixing a mistake and doing the right thing."

Patrick clashed with D’Andrea over whether consumers will ultimately be impacted.

"So your testimony in the House this morning that this wouldn’t really impact consumers is not really accurate," Patrick said.

The Public Utility Commission has faced criticism for a lack of oversight over ERCOT. The commission announced Thursday the appointment of a new director of ERCOT Accountability. Her job is specifically to come in and step up the commission's watchdog role.