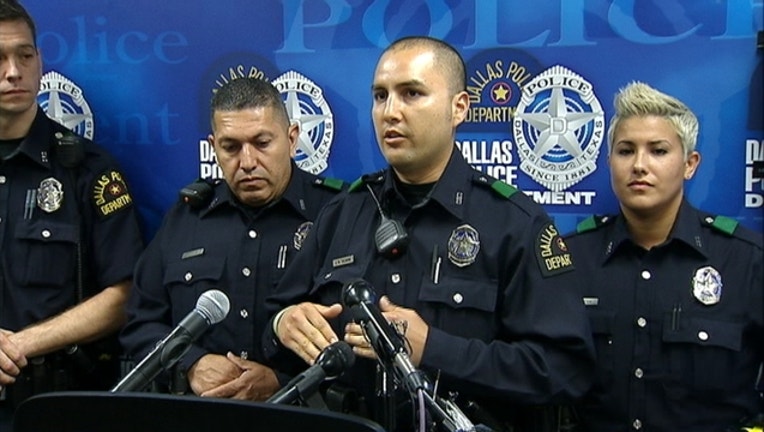 Four Dallas police officers described the actions they took to save a 4-year-old girl who was wounded in a drive-by shooting.

She told officers three men opened fire on her family. Her little girl suffered two gunshot wounds to the leg.

The officers used a field tourniquet to dress the wound and stop the bleeding.

The girl is now recovering.

Police are still investigating the shooting and trying to find the gunmen.