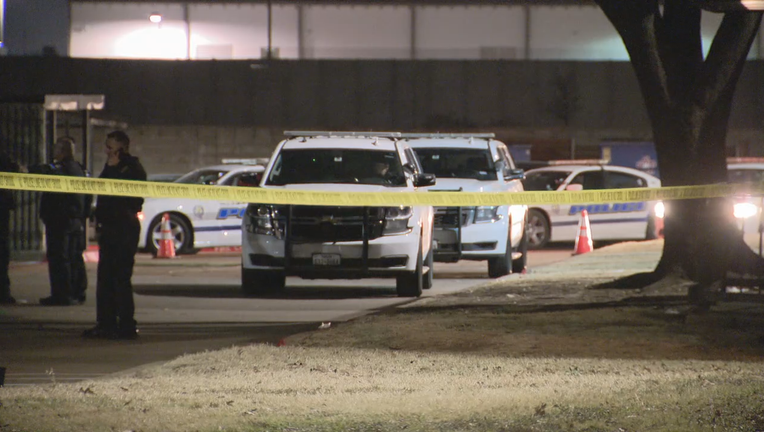 MESQUITE, Texas - A man is in the hospital after he was shot by mesquite police officers overnight Friday.

The shooting happened just after midnight, when police were called about suspicious activity at an apartment complex in the 4700 block of Samuell Boulevard, near Big Town Boulevard.

Responding officers were told a man was kicking at a door and trying to break into an apartment.

Two officers chased after him, and during the pursuit, there was an officer-involved shooting. The man was struck multiple times. Officers helped treat the man, who was taken to a hospital in stable condition.

No further details have been released about what led up to the shooting.

No officers were hurt. Police said a firearm was recovered at the scene.

The shooting remains under investigation.