Man in custody after shooting at woman at Dallas hotel, police say

A man and a woman are now in custody after a fight led to gunfire at a hotel in the western outskirts of Dallas Friday afternoon.

DALLAS - A man and a woman are now in custody after a fight led to gunfire at a hotel in the western outskirts of Dallas Friday afternoon.

Dallas police said U.S. Marshals were already on scene at the Fairfield Inn and Suites, near I-30 and Loop 12 in west Dallas for an unrelated investigation.

That’s when they witnessed a man shooting at a woman as she ran away.

When Marshals tried to stop the man, police said the woman used herself as a human shield to protect him.

This started at about 1 p.m., and law enforcement happened to be at the right time and place moments before a gunshot was fired. 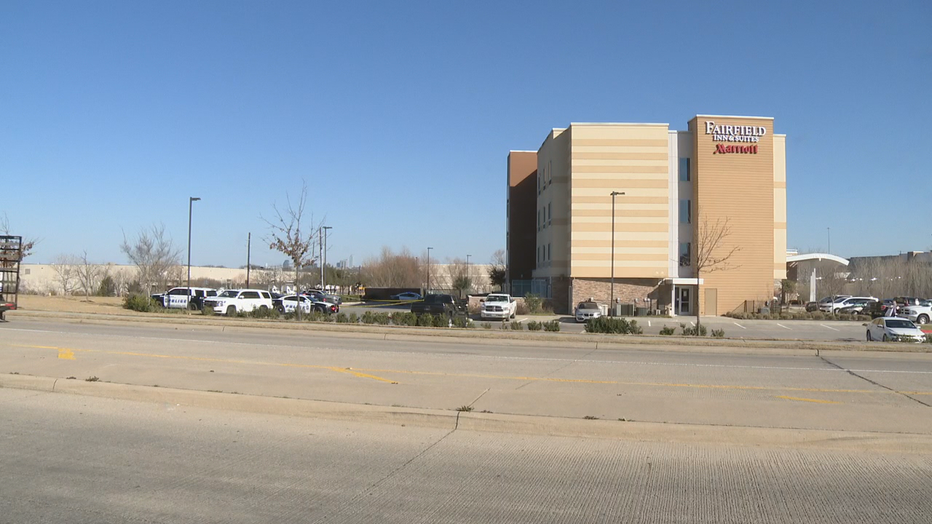 Investigators said they heard a man and woman arguing inside a vehicle.

U.S. Marshals reported seeing the woman get out and run away.

The man in the car also got out and authorities said he pointed a handgun at the woman and fired one shot.

Some people at a nearby hotel described the situation as scary and chaotic.

Police said the Marshals attempted to stop the man, when he then turned around with the gun in his hand.

That’s when the woman ran back to the suspect to prevent officers from possibly using force.

Investigators said the two then ran into a nearby field.

When given verbal commands to surrender, officers said the couple did not comply.

SWAT arrived later and the man and woman eventually gave up. The man was arrested and placed in handcuffs without anyone being harmed.

There are still many unanswered questions.

Police have not said if they recovered the man's gun.

They also have not addressed the relationship between the man and woman, or why he reportedly shot at her, or why she tried to protect him after they said he shot at her.

The identity of the suspect arrested has not been released.

Even though a gunshot was fired, no one was hurt.