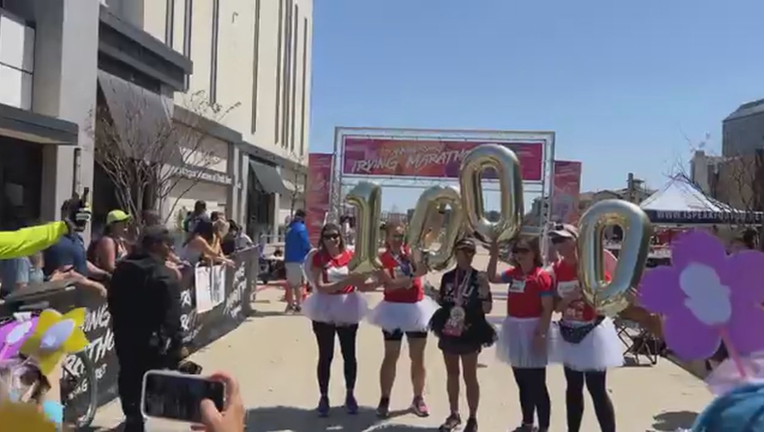 Angela Tortorice, 54, has taken part in marathons in all 50 states, with her first one back in 1997.

She holds the Guinness World Record for most marathons run by a female in one calendar year.

With Saturday's achievement at the Irving Marathon, she's the first woman in the U.S. and youngest woman to complete 1,000 marathons.

Tortorice said she first laced up her shoes when a loved one was diagnosed with multiple sclerosis, and has since raised $170,000 for the cause.