Wrestling fans are taking over North Texas as WrestleMania 38 comes to town.

DALLAS - Wrestling fans are taking over North Texas as WrestleMania 38 comes to town.

Martin said wrestling fandom is in his blood.

"Even my great-grandparents grew up with it," he said.

Some popular wrestlers are even from Texas.

The biggest wrestling show of all, WrestleMania, is kicking off this weekend at AT&T Stadium in Arlington.

"You know, coming to WrestleMania, that’s a big thing," Martin added. "Like my dad says, it’s like a man’s soap opera."

But let’s not leave out the women.

"I was a fan when I was younger," said WWE fan Stephanie Warren, who is bring her 11-year-old son. "You know, it’s fun to be able to do it with him." 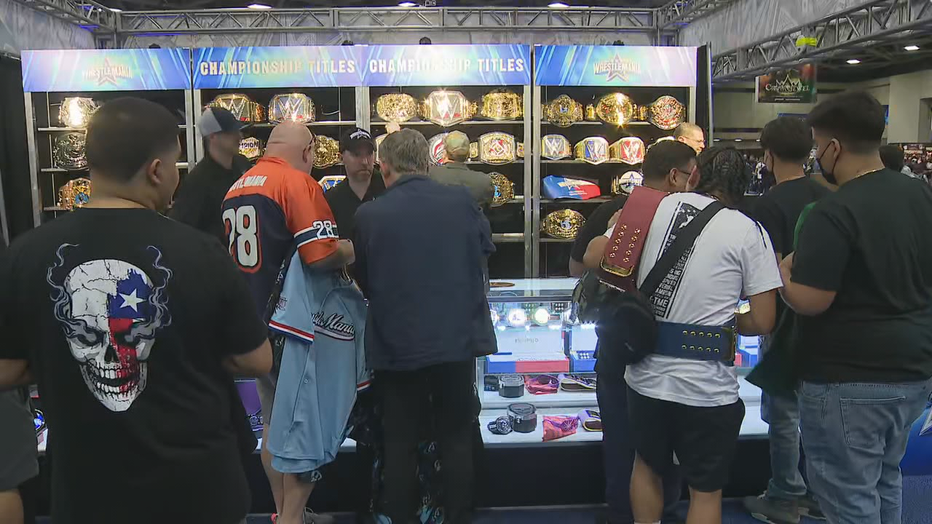 Fans met some of their favorite wrestling stars at the Kay Bailey Hutchison Center in Dallas Saturday, prior to WrestleMania.

There were wrestling video games, souvenirs, and nostalgic displays. A place for fans to come together before the show.

It was where 9-year-old Earlina Gutierrez said she’s ready to check out her first live wrestling event.

Fans are in character for live entertainment that’s hitting close to home.