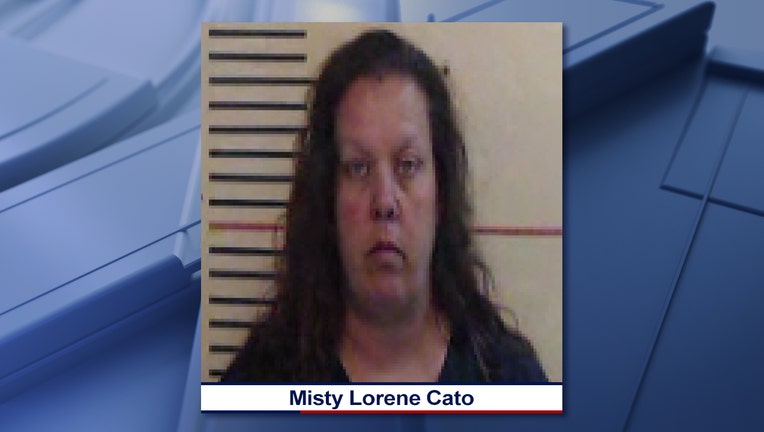 SPRINGTOWN, Texas - A 43-year-old teacher in the Parker County town of Springtown has been charged with having an inappropriate relationship with a 15-year-old.

Misty Lorene Cato was arrested Friday on a second-degree charge of improper relationship between educator and student.

The Parker County Sheriff’s Office found that the victim said the improper relationship began when he was 15 and a student in Azle. The victim said it continued for several years at locations in Parker and Tarrant counties. He also said Cato gave him rides to school.

Cato was a 5th grade math teacher with Springtown ISD, and was placed on administrative leave after the district learned of the allegations.

The sheriff’s office did not release details about how or when the two met, as they were at different school districts, but said investigators seized a recording of Cato saying she had been in love with the student for four years and "seeing him again makes her want to be with him again."

Cato was interviewed by investigators, and reportedly admitted having sexual relations with the victim, knowing he was a minor.