A local non-profit is helping veterans re-adjust to life back home through the power of music.

DALLAS - A local non-profit is helping veterans re-adjust to life back home through the power of music.

Operation Rock The Troops has been playing shows for troops overseas and started hosting music camps for veterans. They say the songwriting process is a form of therapy for some.

Organizers say it all started with playing shows overseas and giving music lessons to military members. They quickly discovered music made a profound impact on their lives, especially with those who may be struggling. 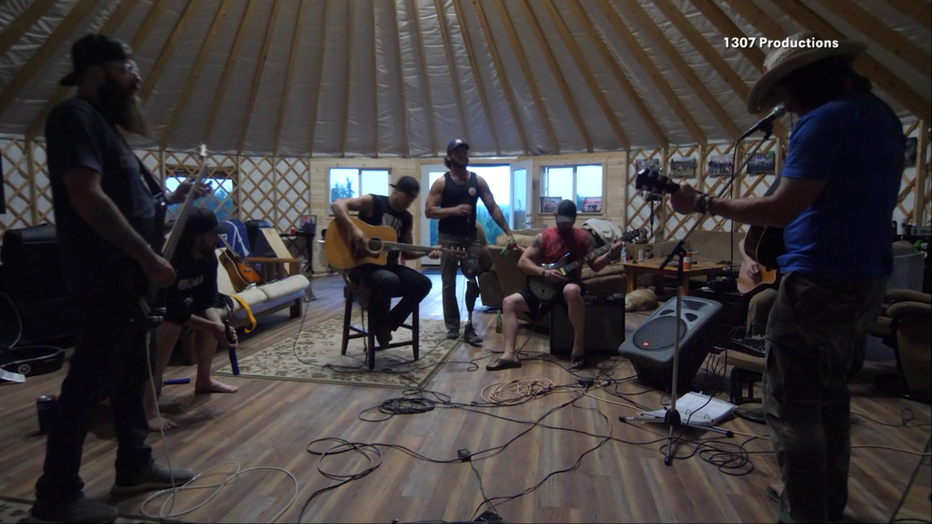 For Marine Corps veteran James Greenlee, music has always just been a hobby. He didn’t discover it could be much more until years after he got out of the Marine Corps after serving nearly eight years and three tours in Iraq and Afghanistan.

Greenlee says it took him years to discover the head injuries he got while deployed were what caused him to have seizures and to admit he was also dealing with post-traumatic stress disorder.

"After Afghanistan, the troubles in my marriage and my personal life. Work was really good. Everything else was falling apart," he said.

Through playing music with other veterans, Greenlee found Operation Rock The Troops, which hosts weeklong songwriting camps for veterans. They pair them up with artists and songwriters to write and perform their own song by the end of the week.

"I think for so many of us, there may not even be words to describe the situations people have dealt with overseas and back home. The ability to translate that," he said.

The non-profit has held three camps so far in Alaska, Dallas and Ireland and are looking to raise $250,000 to host at least eight more camps, which they’ve started filming a documentary series on.

"They're getting healing because they're taking what's inside out as well as when the listener hears it. They were healing, realizing they're not alone," said Operation Rock The Troops Founder Matthew JC.

Organizers and veterans who’ve been through the program say the camps are a helpful therapy that doesn’t involve medication.

"I think that getting outside of our comfort zones and trying something is good. This program helps, and it works. And it’s not another pill," Greenlee said.

"The reason why they never tell anybody anything is because they don't feel like anybody really wants to listen," JC said. "So getting music out is a way for people to listen to what's going on with them."

So far, almost 20 veterans have been through the camps. The organization is hoping to expand their reach to help more.

"I think music is one of the few things out there that can reach in and reconfigure, help change you back," Greenlee said. "Not to who you were because that will never be, but help you on the road to who you want to be."