Bell has lost 105 pounds since a serious battle with COVID-19 last year.

GRAND PRAIRIE, Texas - A Grand Prairie man who survived COVID-19 is persevering further, in hopes to inspire others.

Matthew Bell spent weeks in the hospital on a ventilator after he contracted the virus last April.

He's now recently vaccinated and is using his near death experience with the coronavirus to keep moving forward.

Bell lifted 105 pounds in the air. That’s the same amount of weight he’s lost since April 2020, starting right after he was released from the hospital, where he spent 44 days fighting COVID-19.

Getting here wasn’t easy. Bell said he had heart, kidney, and liver failure while in the hospital. He was on a ventilator.

FOX 4 interviewed his wife at that time, and she was asking for prayers. She had the virus too, but quickly recovered. Her struggle was not knowing if her husband, who she’s been with since high school, would live.

RELATED: 'This is serious. This is real': North Texas man now battling COVID-19 and fighting for his life

"Getting out of bed was hard just not knowing and not being there with him," Margaret Bell said.

But he beat the virus. FOX 4 was at Texas Health Harris Methodist Hospital in Fort Worth when he was released last May.

RELATED: COVID-19 patient released after spending 44 days in a Fort Worth hospital 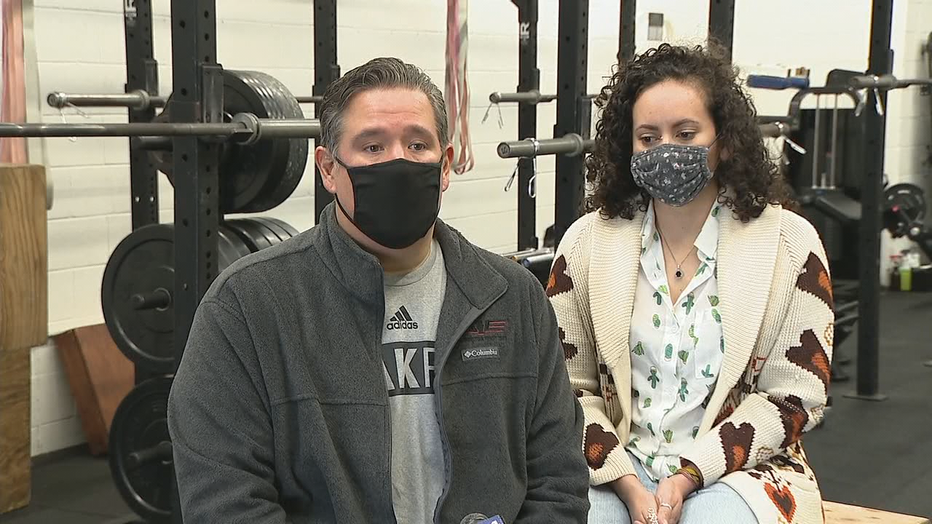 Once he got home, however, he realized he had a long road to recovery.

"About three weeks in, I was able to walk to the end of our block and walk back, and there several times after that where I would try to get around the complete block and I couldn’t. I’d have to stop and rest," Bell recalled.

Bell, who said he always taught his son and daughter to compete, said that this time, they taught him a lesson.

"So, it was my kid’s that said right now you don’t sound like the man that told us to fight," he recalled.

It’s that emotion which inspired him to take action, and he’s getting results. He’s down from 380 to 275 pounds.

"One percent progress was all that mattered. One day at a time," his trainer at Oak Fit, Ron Incerta, said.

Bell said those are areas of his health he’s neglected for years.

"Because if I took care of myself before, chances are [COVID-19] wouldn’t have affected me the way that it did. I’ve had the doctors tell me that," he said.

Bell said his lung function is back to around 80%, with a mostly a clean bill of health, but unfortunately, COVID-19 is still hitting close to home.

"Yeah, since the beginning of the year, I’ve lost my mom and two uncles," he said.

He understands the virus can affect anyone. He says he’s still careful and was recently vaccinated, but he’s using his near-deadly fight to keep moving forward.

"He’s definitely got a lot more living, he’s here for a reason," his wife said.

And using it as motivation to live his best life.

"If I didn’t start strength training, then I would be in the same boat as I was before," he said.