Several North Texas firefighters are giving up time with their families over the holidays to help fight wildfires in the Texas Panhandle.

HALTOM CITY, Texas - Several North Texas firefighters will spend Christmas working in the Panhandle, which has been dealing with a series of large wildfires.

Firefighters from Haltom City, Roanoke and Southlake have been in the Panhandle since Wednesday. This is their second deployment in two weeks to help with the wildfires there.

He and other Haltom City firefighters assisted in evacuation efforts there earlier this month.

"Time was very limited when we arrived, striking leaders came up with a real good tactical plan for evacuating. We divided the city in segments and at that point we split up and did the most good for the most people," he said.

Now firefighters from Haltom City, Roanoke, Southlake, Wichita Falls, Abilene and Stephenville are staging with other crews in Canadian, Texas, which is in the northeastern portion of the Panhandle where conditions are ripe for more wildfires to break out. 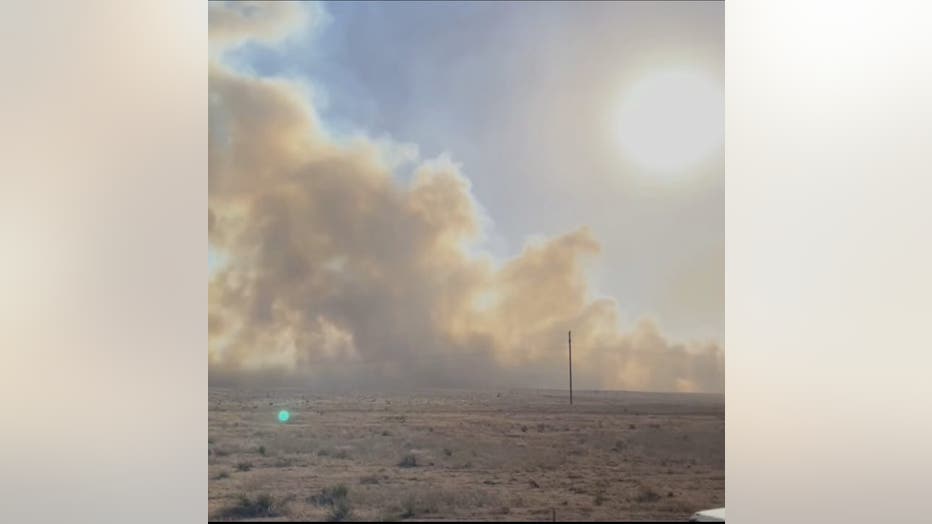 The dry and windy conditions not only fuel the fires but make them much harder to put out.

"It can make the fires travel faster than we can corral it and fight it. Lot of times, what we do is called chasing the head of the fire and these kinds of conditions with the wind, we can’t do that. We can’t move as fast as it can move," Wakefield said.

Texas A&M Forest Service has deployed six strike teams including 82 firefighters, 25 fire engines and other equipment from different fire departments around the state.

More than 100 more firefighters are on standby in case conditions worsen.

The teams will be working in the Panhandle through the weekend, giving up time away from their families during the holidays to help.

"It’s no different whether we’re in Tarrant County or up in the Panhandle. It’s our passion. That’s what we like to do – to help citizens no matter where we’re at in the state of Texas," Lt. Gilliland said.

The North Texas crews plan to be deployed through at least Monday and could be asked to stay longer if needed.