Mesquite and Birdville ISDs are two of the latest North Texas school districts forced to close campuses because there just isn't enough staff.

Both districts will be out until Thursday, Jan. 20.

Another district, Richardson ISD, hasn't closed campuses yet, but it’s asking parents to pitch in on campuses.

The 38,000 Mesquite ISD students will be home the next five days. The district said the staff absences became unmanageable.

Other districts across Texas are now calling on parents to keep staff on hand.

Just feet from the Friday pick up line in Mesquite, parents and their kids waited in line for a COVID-10 test before the holiday weekend.

"[The number of cases has] been pretty high," Shirley Waldon said. "I figured the next thing was they were going to shut it down."

Waldon’s grandchildren are now staying home from school until at least Thursday after Mesquite ISd announced, with 15% of staff absent, classes on Tuesday and Wednesday are now canceled.

"If that’s when they need to do, then that’s fine," Waldon added.

The district said once it hit this threshold, the ability to safely monitor kids became unmanageable.

Fitzgerald’s wife is a teacher in Garland. Garland ISD announced it has no plan to close schools next week.

According to Garland's online dashboard, a little more than 1,000 students are actively sick, along with 240 employees.

But Fitzgerald got tested as a precaution. 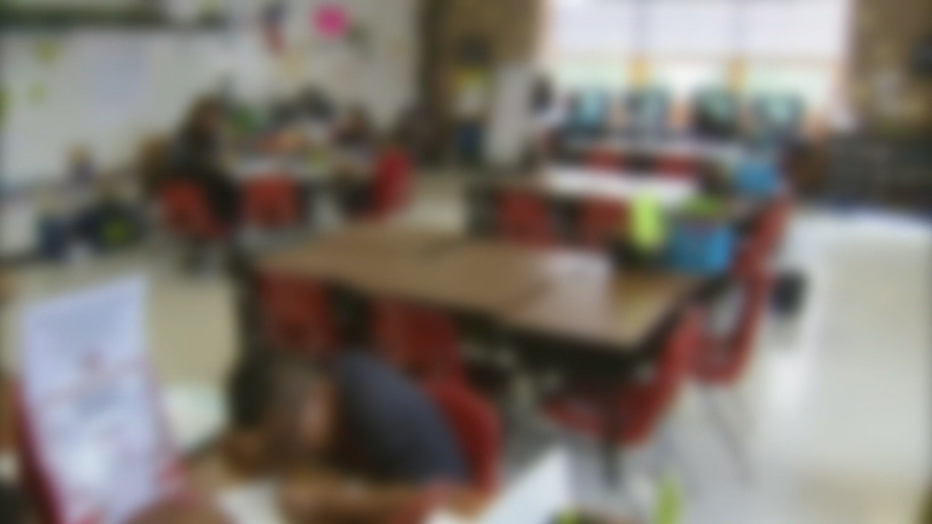 Richardson ISD, which has a mask mandate in place, is calling on the community to help keep doors open.

Richardson is asking for parent volunteers to fill staffing gaps.

Once parents pass a background check, they can help in areas, such as the cafeteria, the front office, and dismissal duties.

Richardson parent Blair Taylor said one of her children came home this week a little upset.

"She’s like, ‘Mom, everybody is sick and scared. The teachers are gone or they are also sick. I didn’t have a teacher for two and a half hours today,’" Taylor said.

She said that while she works full time, she might be able to help out at lunch.

"It’s a mixed bag of, is this the right decision or is it a decision we are desperately trying to make?" she said.

Some schools in Central Texas are taking a similar approach.

Hays Consolidated ISD in Kyle said it’s asking for parents to sign up to substitute.

The 30-hour college credit requirement can be waived with the principal’s approval.

The district said, this week, 450 subs were requested.

In North Texas, parents are closely watching the numbers over the weekend.

The state’s COVID-19 reporting for Texas students and staff is a week delayed, but during the first week back from winter break, the state reported almost 12,000 staff members tested positive.

Numbers we didn’t see in one week during the delta surge.

There were 26,000 students who tested positive last week.