The COVID-19 test positivity rate in Texas is nearly 16 percent, the highest since August.

DALLAS - Testing sites in North Texas are becoming overwhelmed ahead of a predicted surge in COVID-19 cases and hospitalizations due to the omicron variant.

The COVID-19 test positivity rate in Texas is nearly 16 percent, the highest since August.

Neighborhood Medical Center in far north Dallas went from testing 200 people on average last week to more than 700 on Wednesday. On Thursday, some of the workers quit due to exhaustion.

"Our staffing has been so difficult, we’ve had people just leave out of sure exhaustion. We run seven days a week from about 7 a.m. to 7 p.m. People are just exhausted, we can’t keep staff because people are worn out," said Dr. Martin Mcelya.

Hundreds of people hoping to get a COVID-19 test had to be turned away.

"It has gone like a rocket ship right off the platform today," Mcelya said.

The clinic says about a quarter of all people coming in for a test are testing positive.

"Our positivity rate has gone through the roof," Mcelya said. 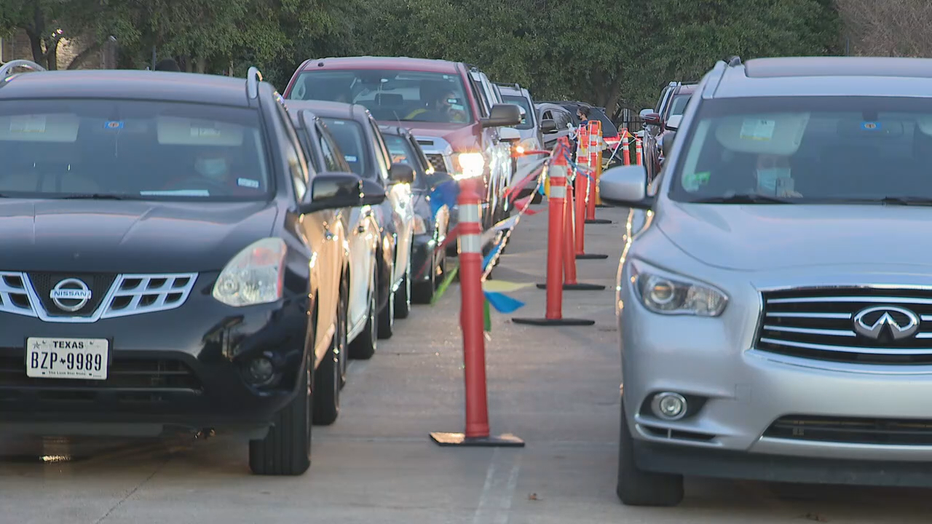 Similar scenes are playing out at testing sites across North Texas.

At Northwest Highway and Abrams Road, an abandoned gas station-turned-testing site saw cars lined up along the road as people waited for their tests.

"Omicron is definitely here in Texas and it has a foothold and we're going to see cases go up significantly," said Dr. Mark Casanova, Dallas County Medical Society.

New cases from the omicron variant nationwide are already outpacing new cases during the peak of the delta wave. Dr. Anthony Fauci predicts the U.S. could see as many as a million new cases a day.

The warnings aren’t stopping millions from traveling across the country for Christmas. Air travel is back to pre-pandemic levels. Thursday was another busy day for DFW Airport as people headed to their holiday destination.

"We just like to travel. We canceled so many trips during COVID, so it’s nice to get back out and do this," said Christine Chalmers.

"I stayed at home… because of the pandemic," Calderon said.

But even with an expected explosion in cases after Christmas, early data is showing omicron infection is putting a smaller percentage of people in the hospital.

The UK’s health authority on Thursday said people infected with omicron are 50 to 70 percent less likely to require hospitalization. But there is the possibility hospitals will still become overwhelmed due to the sheer number of cases.

"If you amplify that certain number by a factor of 10 or 100, then that's that many more individuals that could be in the need of medical care and hospitalization," Casanova said.

He said North Texas will probably start to see a noticeable increase in hospitalizations in a few weeks.