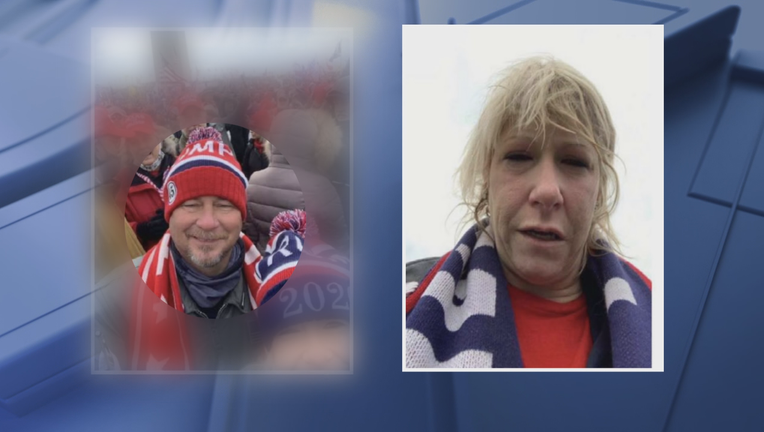 DALLAS - A North Texas couple is accused of assaulting officers during the Jan. 6 riot at the U.S. Capitol.

Mark and Jalise Middleton live in rural Montague County, about 65 miles north of Fort Worth. They were arrested Wednesday.

The FBI said the couple hit officers and jabbed them with flags. Officers’ body cameras captured evidence of that happening.

The FBI also said the couple bragged on social media about fighting Capitol police while trying to get into the building.

At least 22 North Texans face charges connected to the riot.