Early voting turnout across the state has been massive.

That's just 3 million shy of the total number of people who voted in the 2016 election, with a week of early voting and Election Day to go.

One local expert predicts we will have two-thirds of voters turnout early, and will still see crowds on Election Day.

This election could cause record-breaking turnout for Texas.

Almost 6 million voters have cast ballots so far in the state, putting Texas on track to beat 2016 turnout of 9 million.

It’s obvious people are energized, and just like Harris County is boasting record-breaking numbers, turnout in reliably red counties, like Collin and Denton counties, is also way up. 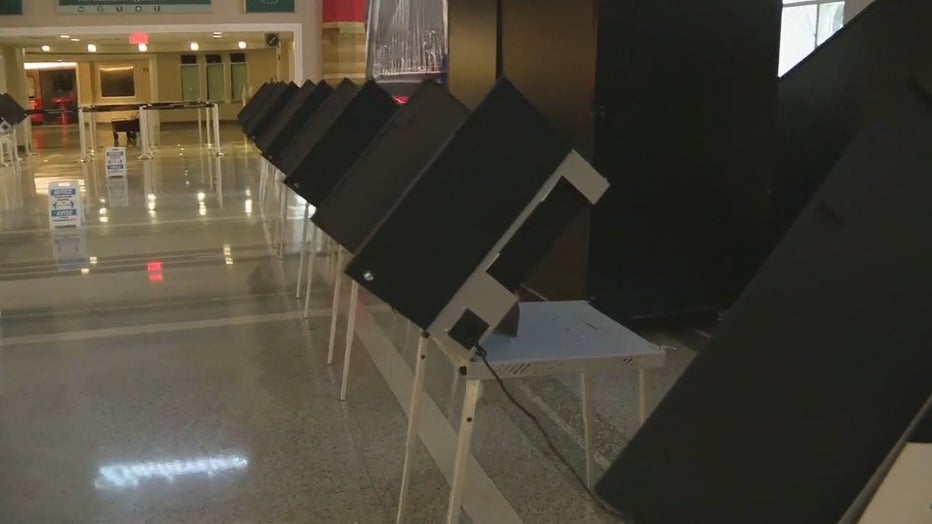 That’s already about 80% of the early voting total in Collin County in 2016, and there are still eight days to go.

Denton County’s turnout is near identical.

“Curious to see if it’s going to continue going this high every day like we’ve seen it go,” Sherbet said.

But the question remains, is it the so-called “blue wave” or just a lot of enthusiasm for this election?

It is hard to tell, but Sherbet said his county had a large number of new registered voters.

“I know we have 100,000 more registered voters than we did four years ago, and not all of those voters came from Texas, they came from other areas,” Sherbet explained.

Professor Jillson said the state is getting more competitive.

“I think there are spots all over Texas that are competitive, both for Texas House races and U.S. House races,” Jillson said. “This will be a good Democrat year in Texas; whether they carry the state for Biden is another matter. I still think that Trump carries Texas by three or four points, unless he continues to bleed support.”

The last day to request a mail-in ballot is Friday, October 23.

The ballot must be postmarked by Election Day, November 3, to be counted.