North Texas church helping get supplies out to help Ukrainians

A North Texas church with a large Eastern European congregation, that has services spoken in Russian, is doing what it can to help Ukrainians both in and outside of the country.

PLANO, Texas - A North Texas church with a large Eastern European congregation, that has services spoken in Russian, is doing what it can to help Ukrainians both in and outside of the country.

Many of those helping came from Russia and still have family there.

Some North Texans who are from Russia are doing what they can to help people in Ukraine, but they’re also speaking out about Russian propaganda.

"I try to explain to them. They’re just not listening," said Elena Bennett, who was born and raised in Russia.

Bennett still has family there.

"They are brainwashed. They are like zombies," she added.

She said many Russians don’t know the truth regarding Russia’s invasion of Ukraine.

The Kremlin has been conducting a massive misinformation campaign, and the government is threatening a prison sentence for anyone who reports information it doesn’t like.

Dina Lee, who was born in Uzbekistan, said the same goes for her family who are now living in Russia.

They’re speaking out, while helping Ukrainians, like family members of their friend Irina Bugayenko.

Bugayenko, along with her husband and three girls, moved to the U.S. three years ago, but most of her family is in Ukraine. 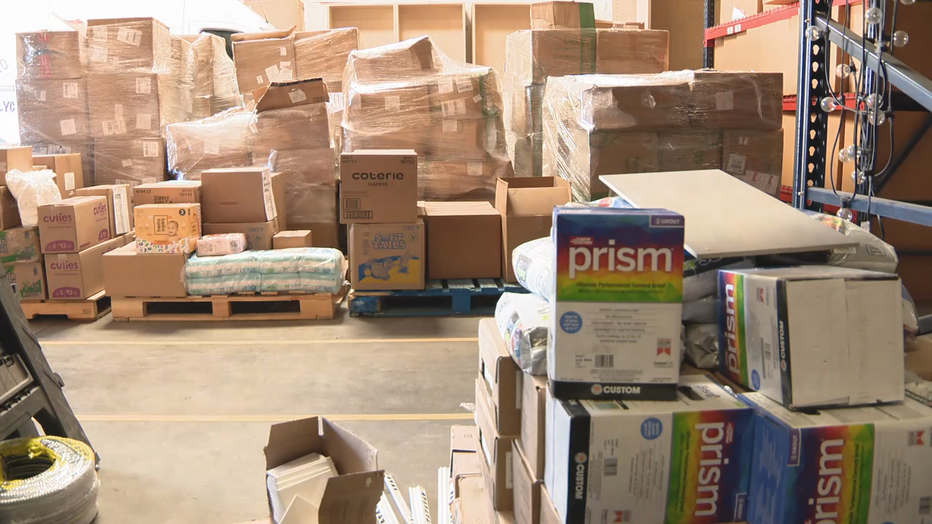 "Our world is messed up. There’s too much evil in this world," Regheta said. "God doesn’t pay attention to what country we were born in, what language we speak…I think the entire world is hugging Ukraine right now."

They’re sending money and supplies to people suffering in Ukraine and refugees who got out.

"In Romania, in Poland, and Ukraine, and everyone needs help," Regheta said.

They have assistance from a local non-profit to get essentials to children and their parents.

"Our duty to do this and help out," said Robert Dudley, with Hope Supply Co. "Baby supplies, wipes and sippy cups, and things."

The church also has people on the ground overseas.

"We sprang into action," Regheta said.

The Plano church conducts services in Russian. Some of the congregants and the pastor himself escaped the former USSR.

"We have Ukrainians, Maldivians, Russians, Uzbek, Kazakh, you name it," he said. "I’m doing a good job if our church is reflective of God’s kingdom and that’s what we’re striving for."

"Everyone fights for Ukraine," Bennett said.

Bennett, Bugayenko, and Lee are a diverse example of those coming together to help Ukrainians while working to speak the truth about the war to their family members in Russia.

"They watch Russian TV’s. We call ‘brainwash,’ we call them zombies because people don’t realize what it really happening right now," Bennett added.