Under increasing pressure to move, Biden announced on Tuesday his plan to shut off America buying oil, gas and most petroleum products from Russia.

DALLAS - Both Democrats and Republicans are expressing their approval of President Joe Biden’s decision to ban importing oil from Russia amidst the invasion of Ukraine.

Under increasing pressure to move, Biden announced on Tuesday his plan to shut off America buying oil, gas and most petroleum products from Russia.

The financial cost to Russia is less than the cost to the U.S.

"We import roughly 500,000 barrels a day from Russia, which is a relatively small part in terms of our overall consumption," explained Bruce Bullock, director of the SMU Maguire Energy Institute. "But it is going to impact the price of oil. It's already up $8 a barrel a day."

Three percent of U.S. crude oil imports come from Russia, which is much less than our supply from Canada, Mexico, and Saudi Arabia.

North Texan Toby Moore is among the 71% of Americans who favor ending the use of Russian oil, even if it means more at the pump.

"[Biden] should have done that a long time ago," he said. 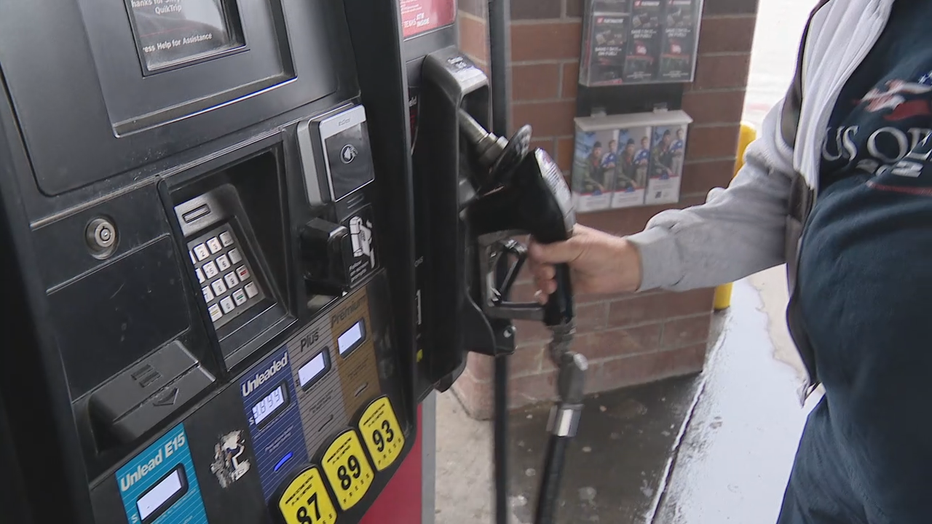 Many European countries, though, are deeply dependent on Russia for oil and natural gas. For one, Germany has said it has no plans to join in any ban.

"The fewer countries that sign on, the less impact it will have," Bullock said. "However, it appears that the U.K. is gonna follow and some others with will probably just compound the price. So we're probably in for another $10-$20 a barrel and maybe 25¢-50¢ at the pump."

Retired SMU Economist Bud Weinstein says the market is uncertain with the Russian invasion of Ukraine, inflation and the ban on Russian oil imports.

"California's prices are at $5.50 a gallon now. But that's no consolation to somebody who is filling up today (in North Texas) and paying 60 or 70% more than they were a year ago," he said. "It takes a big chunk out of the pocketbook."

Retired SMU Economist Bud Weinstein says the market is uncertain with the Russian invasion of Ukraine, inflation and the ban on Russian oil imports.

The impact will be much more than driving to and from work. People could see increases in many other goods and services, like an Uber ride or Door Dash delivery.

Local Tony Roffino says he will deal with pain at the pump if it keeps us from having to fight in, as the president calls it, Putin's war.

"I'll take it on the chin," he said. "I don’t want any of my family, friends, sons or daughters to have to go to war if we can afford it, if we can help it."

What does a US ban on Russian oil accomplish?

Mr. Biden says there is nothing stopping oil and gas companies from increasing domestic production, saying oil companies have millions of acres of land leased to drill on.

But before there is drilling, companies have to have on-site inspections environmental reviews and permit approval. The process can take years.

And in a kind of crude irony, Biden shut down the Keystone XL pipeline a year ago that would have brought Canadian oil to the states.

"The amount that that would bring in is almost exactly equal to the amount of Russian oil that we import," Bullock said.

Like many others, North Texas driver Melauuias Perez says he has no choice but to pay the high prices.

"I go to UTD, so going to work, going to class and all that kind of stuff, I have to," he said. "And so I’m hoping everything gets resolved in a timely fashion."

That's not likely to happen.

"This is a step we're taking to inflict further pain on Putin," Mr. Biden said. "But there will be cost as well here in the United States.

The actions made Tuesday only mean the prices will only go higher.

Weinstein says drilling has increased in the Permian Basin, but it’s still going to take time for oil production to increase.

Bullock expects an increase of another 25¢ per gallon, peaking probably around the July Fourth weekend.