People in Dallas rallied against a war with Russia. The rally was organized after President Biden ordered troops to be on alert for possible deployment. And the local Ukrainian community continues to keep a close eye on the tensions.

DALLAS - A small group of people in downtown Dallas protested against a potential Russian invasion of Ukraine.

The rally took place on Sunday at Dealey Plaza as tensions between the U.S. and Russia continue to ratchet up over the eastern European nation.

"This is about democracy versus dictatorship. This is about a peace loving country wanting to be taken over by an aggressor state — a dictatorship," said Chrystya Geremesz, Ukrainian American Society of Texas.

Geremesz is a first-generation American and her family is from Ukraine.

"What happens in Ukraine will eventually happen in other countries because there clearly are other dictatorships around the world that are watching to see if Putin will get away with this," she said. 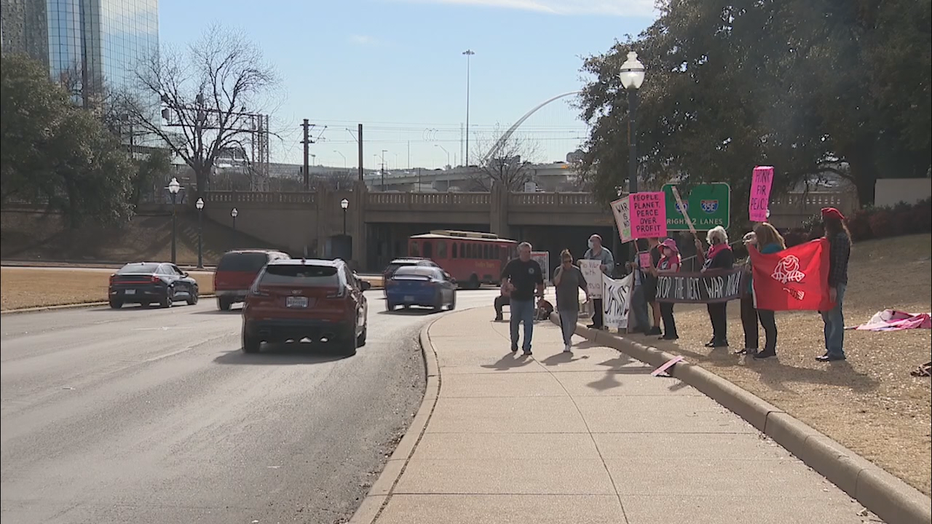 FOX4 spoke with a number of Ukrainian Americans at St. Sophia Ukranian Greek-Catholic Church in The Colony on Sunday.

"I came to the United States after Ukraine gained its independence," said Marta Petrash.

Many in the congregation still have family in Ukraine.

"And we all pray for our country and hopefully God will save us," said Andrii Grynechko.

Russia is massing an estimated 100,000 troops near Ukraine’s border. U.S. officials are working to ramp-up diplomatic and financial pressure on Russia over Ukraine.

The U.N. Security Council was scheduled to meet Monday for the first time on Russia’s buildup and threats against Ukraine.