North Texans venture out in winter storm in search for food

While many North Texas restaurants shut down Thursday because of the storm, some stayed open. But it wasn't exactly business as usual.

DALLAS - While many North Texas restaurants shut down Thursday because of the storm, some stayed open. But it wasn't exactly business as usual.

The advice is to stay off the roads. But some workers headed to their jobs so other people had a hot meal to eat.

In the heart of the Mesquite Business District, restaurants of all tastes dot the landscape. Just about all of them were closed Thursday as folks found out after the wintry precipitation passed.

Midday, people in Mesquite began moving around looking for lunch. 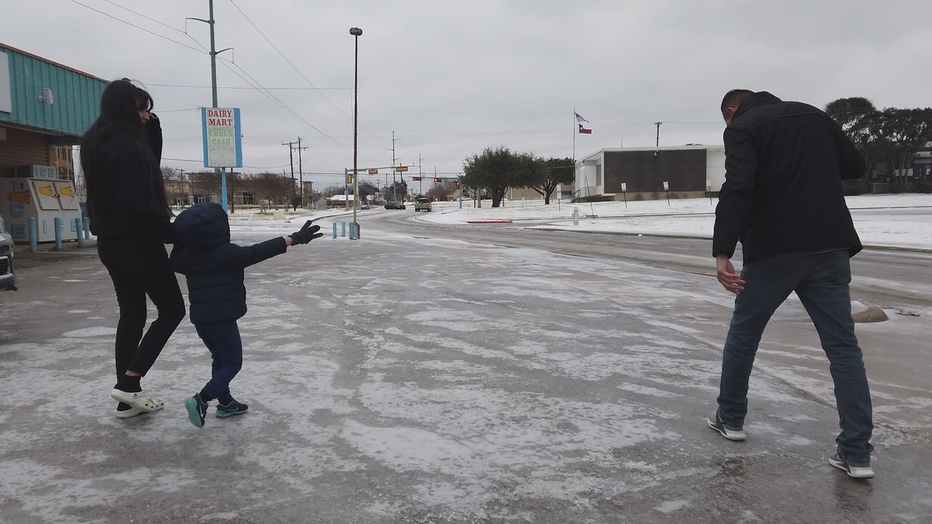 "I’m trying to drive just get me a burger today. Can’t even get me a burger," said Brent Tennyson. "I’m freezing cold. I’m fixing to go home. And its best that you stay inside. This weather is disrespectful out here."

But businesses taking heed of the winter storm are closed.

"A lot of places around here are closed," he said. "But we want to be here to make sure that people in our surrounding community can come here and get something to eat."

"On the way here, everyplace we drove by was closed," said David Webb. "And we're like we hope Jason’s Deli is open so we can get some soup."

Webb had his 11-year-old son hanging with him and his friends with schools closed.

Town East Mall is the staging area for linemen who've come from utility companies as far away as South Carolina. It’s mutual aid agreement to help restore power if need be.

Many of them had a power lunch at Five Guys Burgers & Fries, one of a few places open. 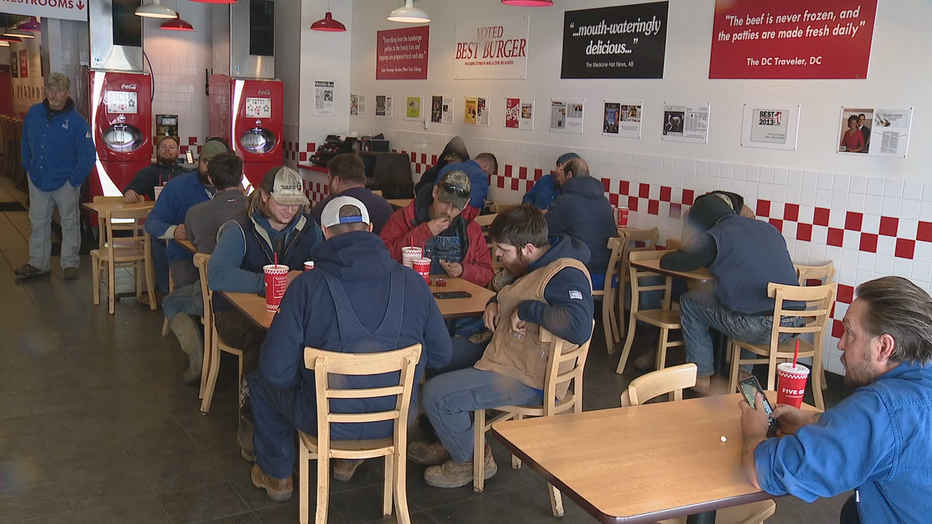 Pedro Guanajuato was there as well.

"Family decided on Five Guys. I had to come down and hunt for the meal," he said. "It’s pretty bad on the streets, too. Slid around, but it’s not bad."

It’s not as bad as it could be. But it’s still slippery for drivers on the street and people on their feet.

It wasn't business as usual for restaurants during winter weather

While many area businesses were shut down Thursday because of the storm, some stayed open.

Over in Dallas, before the doors at NY Subs even opened, the orders were already piling up.

Despite the storm, the Park Cities sandwich shop staple opened for business.

And despite what is already looking like a busy rush, owner Andrew Kelley has given everyone the day off.

"I told my staff yesterday… They all have kids. Their kids are out of school. I told them it's not even worth it to get on the roads," he said. "I hope to do enough equal to a busy Saturday. And I hope to do it before 2 p.m. so I can go home and play in the snow." 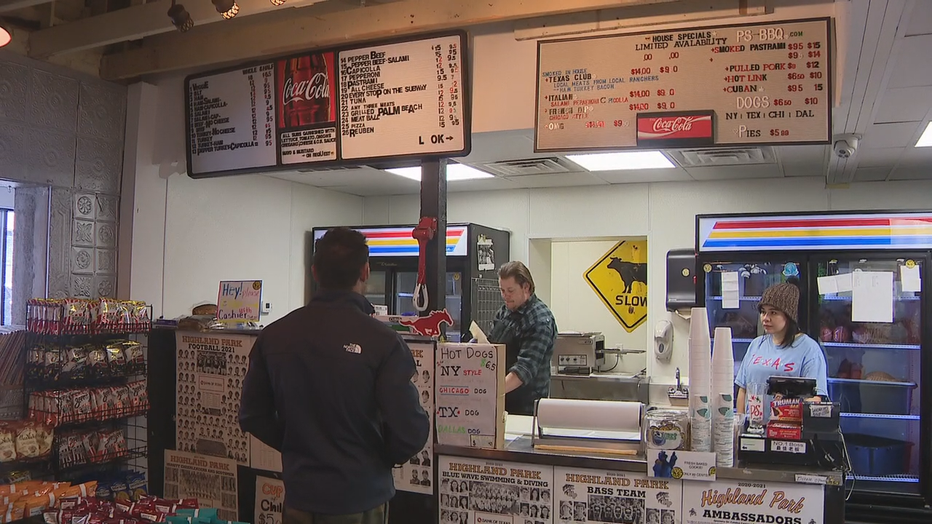 Instead, Kelly got most of his family there to help so other families can take it easy.

"Lots of folks aren't prepared," he said. "They don't have food at home or they want to get these kids out of the house. This was a fun place to do that."

Not too far away, Larry Mack is also at work, driving for Dallas-based Alto. The ride-sharing service saw a double digit increase in traffic Thursday morning. All their rides are SUVs are five-star crash test rated.

And to maintain safety and consistency, each vehicle in their fleet is chipped, checked and serviced.