Cities and some churches are working to offer a warm place for people to get a break from their cold houses.

Cities and some churches are working to offer a warm place for people to get a break from their cold houses.

Pastor Jessie Prince of Grace Church Plano says after he heard the city had a need for a warm place for people to go, he called the city manager to see how he could help.

"We’re fortunate power hasn't gone out," he said. "And as long as we have it, we want to use it."

They plan to be open around the clock until Thursday evening. There are no cots, but there are chairs with social distancing.

It was welcome news that Grace Church was opening its doors.

Likewise in Denton, a warming center there took in 34 people Monday night. On Tuesday, it was moved to the MLK Rec Center for greater power reliability. 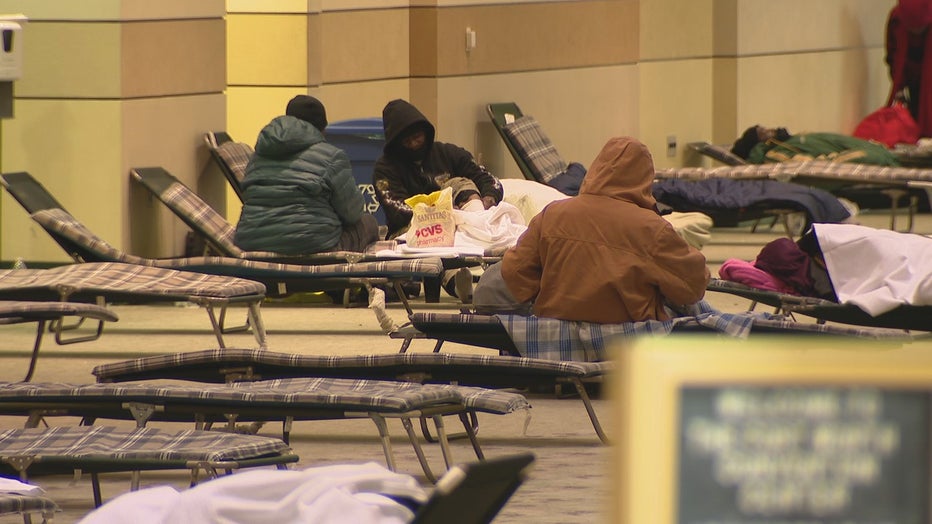 Fort Worth Mayor Betsy Price said she is among the many without power at her house.

Fort Worth has several recreation centers open. More than a dozen people took refuge at the Worth Heights Community Center Tuesday, where they could even watch television to pass the time.

The Fort Worth convention center is open for those needing overnight shelter.

The city of Mesquite has also opened up warming stations since some people there have gone more than 24 hours without power. &nbsp;

The city of Mesquite has also opened up warming stations since some people there have gone more than 24 hours without power.

Jamonica Lee and Patrick Lee are with his grandmother and their 4 and 6 year olds. Since they’ve been without power since Monday, they’ve been staying in the family vehicle most of the time to get heat.

"They both have asthma and so thankfully we have not had to utilize the breathing machine," Jamonica said. "But that was my biggest fear: if I had to give them breathing treatments, they weren’t gonna be able to take it."

Mesquite Parks and Rec Director Elizabeth Harrell says the Evans Recreation Center will allow for about a hundred people in masks and social distancing to get away from cold homes for a little while.

"We’re not going to tell people when they need to go. But we would like everyone to be sensitive that there might be a lot of people who need a break," she said. "It is a temporary location. You can bring your own food or drinks. We are not providing anything for people who come."

The warming center will be open at the Evans Recreation center until Wednesday at 6 p.m.