North Texans continue to open their hearts to fill the humanitarian need in Ukraine. On Saturday, people dropped off supplies alongside the Ukrainian Cultural Club of Dallas in Farmers Branch, north of Dallas. FOX 4’s Peyton Yager talked to the volunteers about the impact those donations will make.

But the list of desired donations is changing to be as lifesaving as possible – bandages, first aid kits, painkillers, blankets, etc.

On Saturday, hands were hard at work collecting those supplies in front of a Farmers Branch hardware store.

"People have been dropping off all day. It’s been great," said Jenya Teplitskaya.

RELATED: SMU graduate killed while working as journalist in Ukraine

Teplitskaya created an online wish list and organized the event in collaboration with the Ukrainian Cultural Club of Dallas.

Her family in Ukraine has been under Russian attack for more than two weeks now.

"I had to do something," she said. "They really needed help organizing the drive and managing drives and I knew that is something I could do."

Teplitskaya picked Surplus Building Materials as the drop-off location because it’s been her workplace for the past 12 years.

People from all backgrounds dropped off items to then be sorted into dozens of different boxes.

MORE: How to help Ukraine 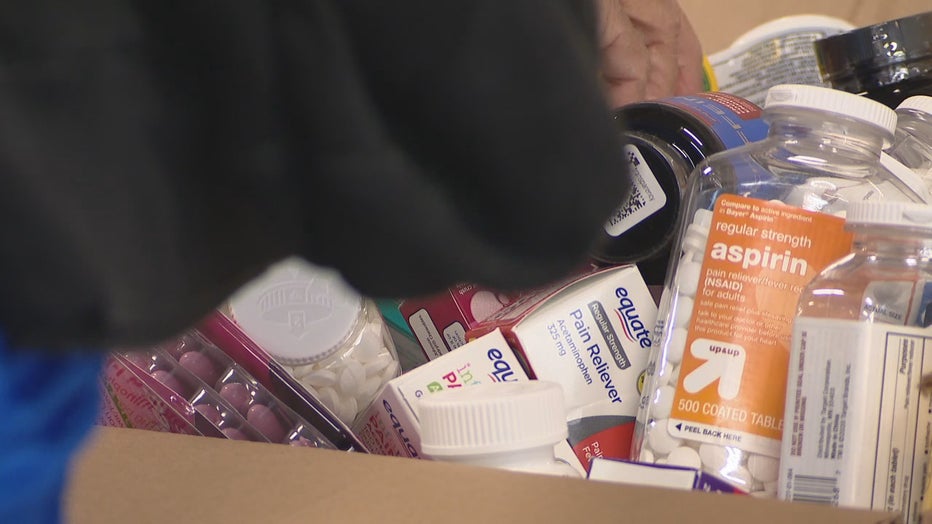 "They want to help, they just don’t know how," said Laurie Barenblat.

As the war in Ukraine turns even more dire, the boxes were loaded into backseats and the caravan of cars traveled to North Dallas’ Ukie Style.

The sole Ukrainian store in the Dallas-Fort Worth metroplex has become the hub of humanitarian efforts.

Teplitskaya’s shipment will fly out Monday.

But with no end in sight for the war, she said her help will not slow down.

"It’s terrible to feel helpless to see something like this every day. Every day you hope it’s over and it’s not," she said.

When FOX 4 talked to the owners of Ukie Style two weeks ago, they said they had shipped around 2.5 tons of supplies to Ukraine. That number has double over the past week.