A North Texas man is joining the Ukrainian refugee relief effort in Poland. He's not affiliated with any group or non-profit but felt compelled to go to Europe to help.

He's not affiliated with any group or non-profit but felt compelled to go to Europe to help.

Eric Holland is preparing for an unpredictable trip to a place where help is being welcomed from all over the world.

But his reason why he booked the flight isn’t wavering.

"I am just plugging away on my own. I have a calling to help these individuals," he said.

Holland’s bag is packed for a solo trip to Poland.  Once he lands in Warsaw, he will take a train to Medyka, a town right on the Ukraine-Poland border that’s turned into a chaotic rush of refugees crossing to safety. There, long lines of Ukrainians wait to move west.

"Holding their hand, putting a blanket around them, giving them food, talking to them," Holland said.

More than 3.5 million Ukrainians have left their country trying to escape the Russian invasion.

So Holland presented the idea to his wife and 12-year-old son and called the Polish Consulate in Houston for guidance. Then, his two-week trip was set. His only concern is trying to get back. 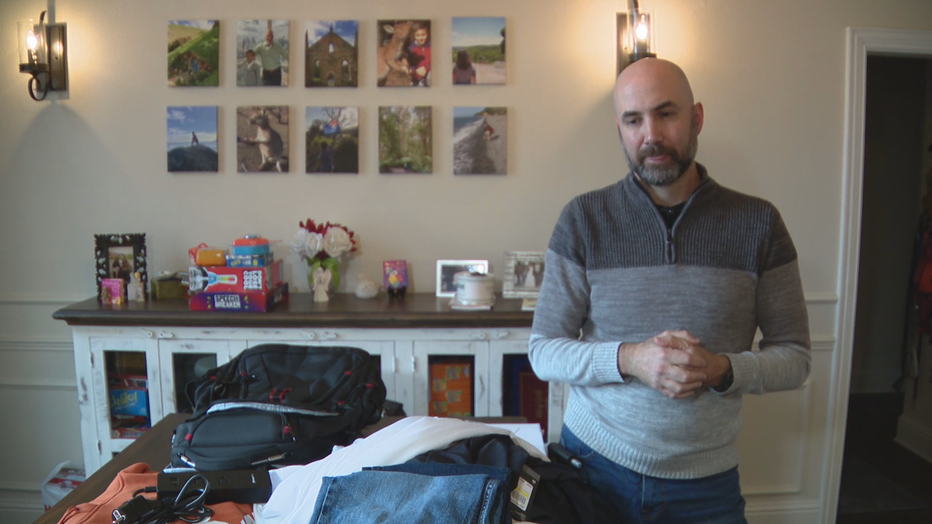 "The ticket I have is just a piece of paper. It doesn’t really do anything anymore, and I just become one of many trying to catch a train and get out of there, so there is a potential my stay gets extended," he said.

In addition to volunteer work, Holland’s family and friends, and even complete strangers, also donated cash in envelopes. He plans to hand the money straight to non-profits in Poland. It's a gesture he’s excited to do in-person.