Protesters who spent hours at Dallas City Hall and marching through downtown moved their protest outside the expanded curfew zone Tuesday night.

DALLAS - Protesters continued to march and make their voices heard in Dallas Tuesday night. However, the scene was much different than the previous nights.

Dallas saw its calmest night in several days. Protests remained peaceful and police did not make any arrests.

They left before the city’s curfew began at 7 p.m., deciding to avoid any confrontation with police that could lead to people being detained or arrested. 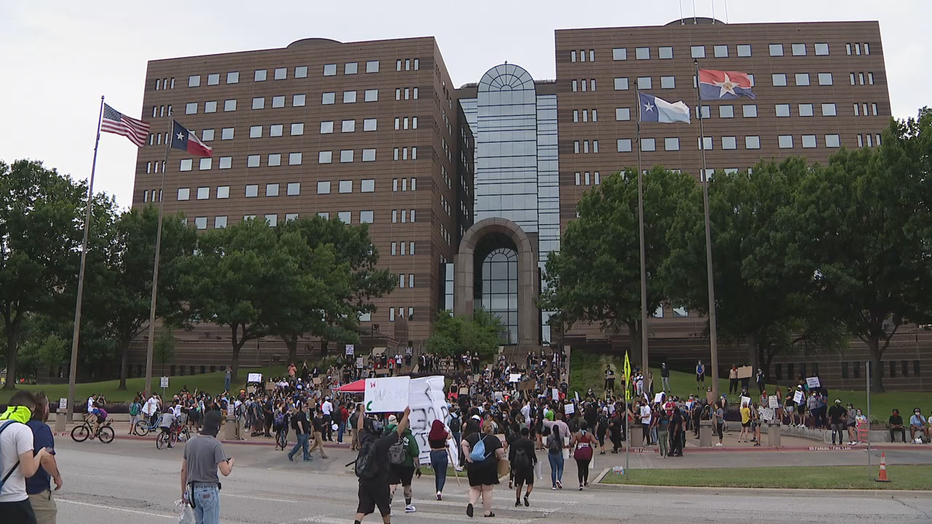 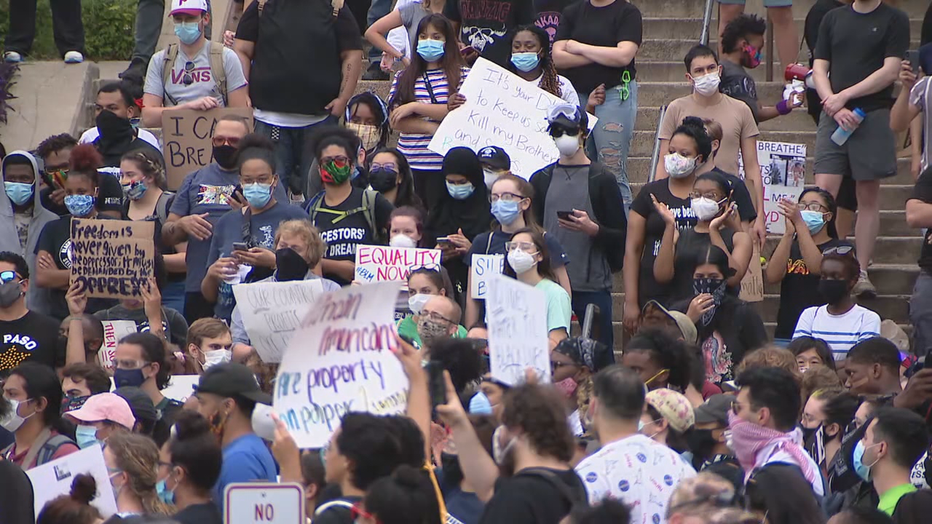 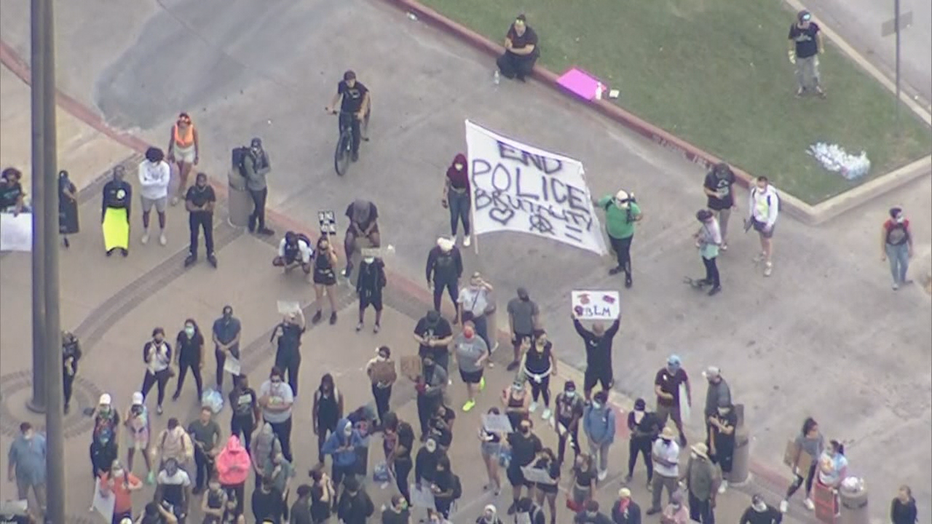 Several dozen people marched through a neighborhood near Lake Cliff Park in North Oak Cliff, which is outside the city’s expanded curfew zone. Everyone stayed on the sidewalks and did not block any streets.

It was a noticeable difference from the night before when police detained more than 600 people on the Margaret Hunt Hill Bridge. Many received at-large charges but were not jailed.

Dallas Police Chief Renee Hall stood by that decision. She said it is illegal to obstruct a highway like they did Monday.

“I stood before you and made myself extremely clear that we will arrest anyone who breaks the law. And although peaceful, the protesters broke the law,” Chief Hall said. “We warned them. They did not stop. They decided to take a knee on the bridge.” 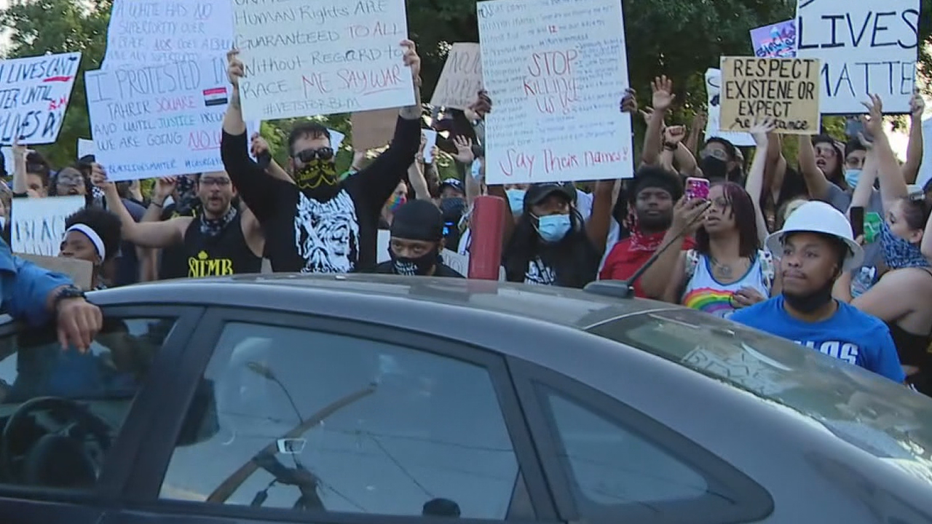 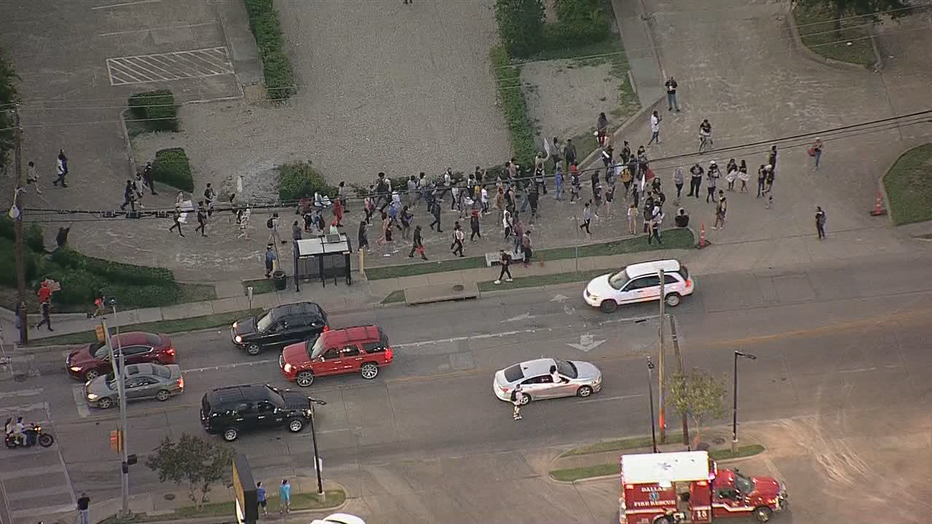 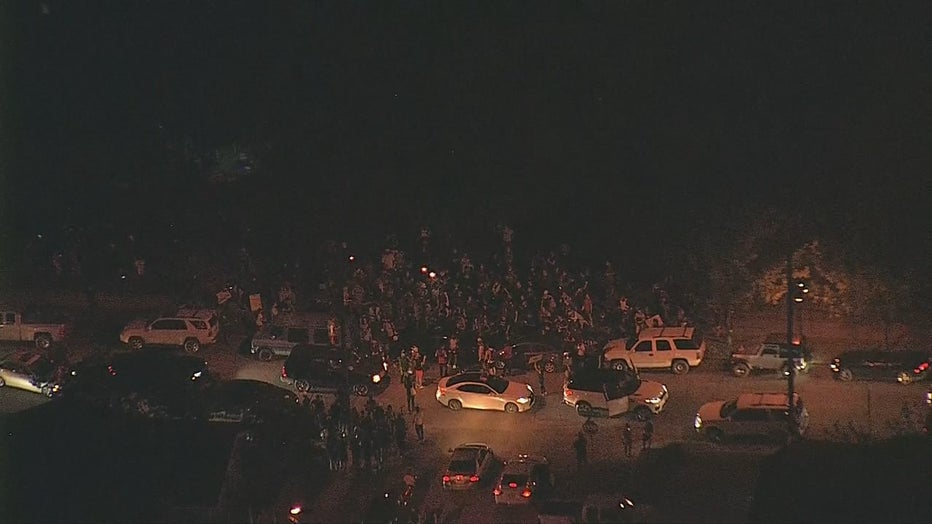 The protesters Tuesday night seemed determined not to allow any agitators to derail their message.

“We gotta continue to do it peacefully as possible so that people can hear us and people can notice us and give us the respect that we always deserved,” said Gabriel Jaramillo, who was part of the demonstration. “There’s always gonna be opportunists, people that want to take advantage of the chaos in this country. And it’s not fair. We know it’s not fair.”

Jaramillo said he’s a teacher at a school in Oak Cliff. He decided to join in the march for his students who are underprivileged, marginalized and don’t have the support they need.

On Tuesday, Dallas police expanded the curfew zone to include the West Village, Trinity Groves and the Design District neighborhoods, as well as the Crowley Courts Building and the Margaret Hunt Hill Bridge.

The curfew remains in effect nightly from 7 p.m. to 6 a.m. Police have not said when it will end.

Protesters who spent hours at Dallas City Hall and marching through downtown moved their protest outside the expanded curfew zone Tuesday night.