DALLAS - After protesters on Monday held an event just outside the Dallas curfew boundaries, city officials on Tuesday expanded the zone to include additional areas.

The Dallas curfew zone now contains the neighborhoods of Trinity Groves, West Village and additional parts of the Design District. It also now has the Crowley Courts Building and Margaret Hunt Hill Bridge – the site of Monday’s peaceful protests.

The original curfew went into effect Sunday and is active from 7 p.m. to 6 a.m. The original set of neighborhoods included downtown, Deep Ellum, Farmers Market, Cedars, Uptown and Victory Park.

City officials said businesses in the affected areas should close at 5 p.m. daily while the curfew is in effect.

City officials have not given a date for then the curfew will be lifted. 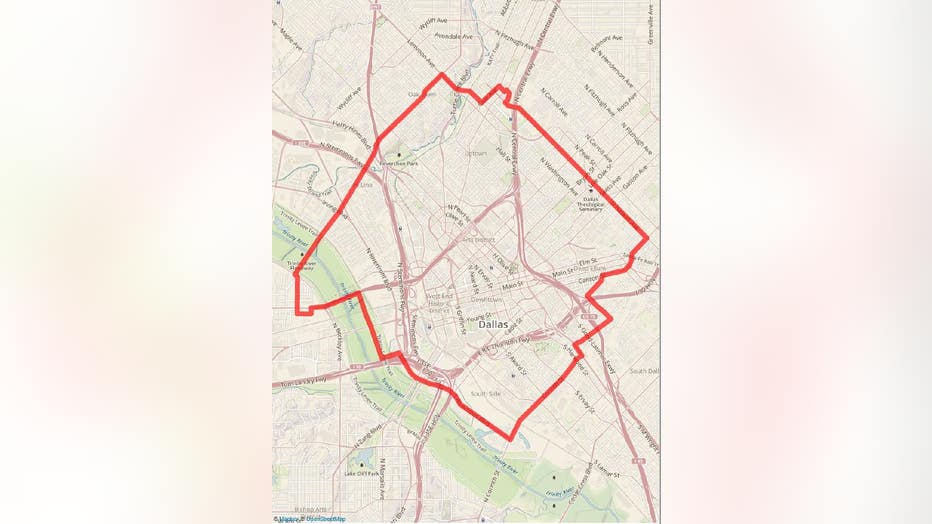