No officers hurt in drive-by shooting at Carrollton Police Department

Three officers who were arriving for their shift had to duck down to avoid being shot. They were not hurt.

CARROLLTON, Texas - Several Carrollton police officers had to duck for cover during an early-morning drive-by shooting at the police station.

It happened around 4:30 a.m. Thursday at the Carrollton Police Department’s headquarters on Jackson Road.

Police said someone drove by and fired multiple shots at the building.

Three officers who were arriving for their shift had to duck down to avoid being shot. They were not hurt.

"That first shot was followed by about seven to eight more shots," said Chief Derick Miller. "One of the officers advised that they heard the round hit the fence which caused the officers to duck and take cover in the parking lot. A vehicle was seen in the exact same moment coming from the east to the west at a high rate of speed. And so right now we are in the midst of a very in-depth investigation to try to piece what happened together. There has been some physical evidence that was left at the scene."

Several Carrollton police officers had to duck for cover during an early-morning drive-by shooting at the police station.

The shooter has not been located, and right now, police don’t have a good description of the vehicle.

Officers scoured the grounds of their department and surrounding areas for evidence that could help them find the shooter that opened fire there.

"It's concerning for our police officers who come to work every day to serve our public. They have servant's hearts and to catch them at a moment in which they are transitioning from a private citizen to putting their uniform on to go serve the public… and then at that moment to be shot at in an area that is safe for them or that they thought was safe for them… to be shot at it can be traumatic," he said. 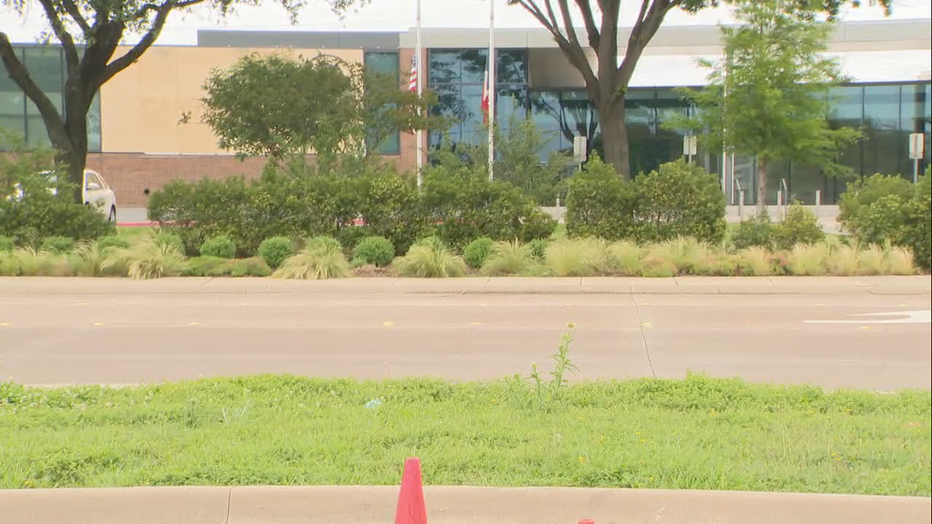 The chief said there've been no recent threats to the police department or to his officers. He believes this was an isolated incident.

Former Arlington assistant police chief James Hawthorne said while this happened in Carrollton, it causes concern in departments across North Texas since there are still so many unknowns.

"There will be conversations in briefing rooms all across the Metroplex about safety," he said. "If they determine that the person actually targeted the officer and intentionally shot at him, you have to assume they intended to kill the officer."

Several streets around the building are now blocked off because of the police investigation.

Police said they are also working with federal partners and canvassing the area for video.