DALLAS - The first of its kind youth homeless shelter opens its doors in South Dallas.

It’s a collaboration between three non-profits to meet the immediate and long-term needs of homeless kids who somehow get themselves to school day after day.

"These are the kids who are most likely to succeed because, through their own will, they are making their way to school," explained Jorge Baldor, CEO and found of the non-profit After8toEducate.

The center will also give them the academic and emotional support they lack and, more importantly, give them hope.

FOX 4 toured the facility with Baldor as stakeholders got a first look.

The drop-in center for 14- to 21-year-olds has showers, washers, dryers, a commercial kitchen and a clothes closet. 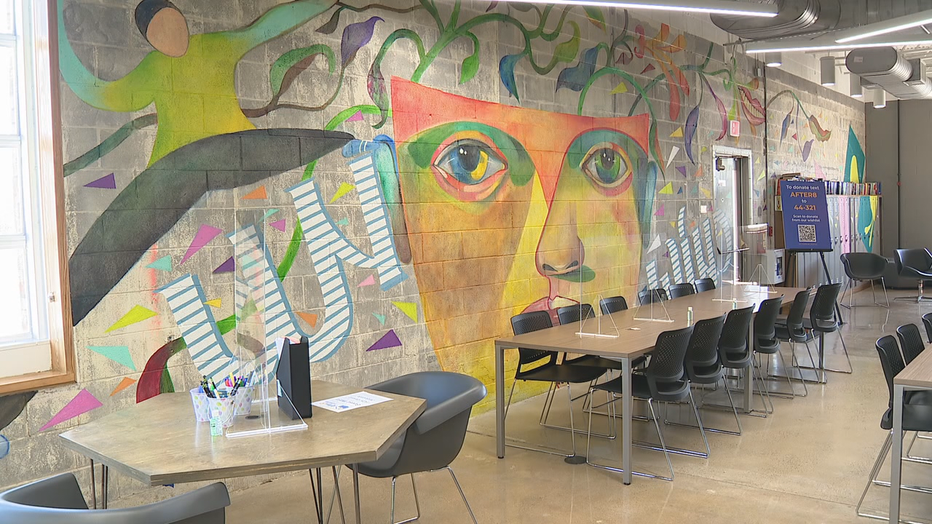 After8toEducation is partnering with the Community Council of Dallas to give services.

"Meeting immediate needs but also long term needs as well through education certification, different job placements," Baldor said. "Also, if they need an apartment, we can find them an apartment. Helping them with the deposits and first month's rent."

The ideas of teens are incorporated in a place for teens.

"They came up with the idea for a podcast room so that the kids are able to express themselves with their peers in a way that you can’t find in any other facility in the United States," Baldor said.

"Part of what we have come up with is an innovative program to do driver training driving courses so that they're prepared as they leave," Baldor said.

There are also 26 spaces for boys and girls 13 to 18. For that group, their partner is Promise House.

"That understands how to work through issues of abandonment issues of adolescence," Baldor said.