Some of the things that prevent cancer patients from taking part in clinical trials include the expense of transportation, lodging and child care.

Texas will soon become the third state to remove barriers that prevent charities from covering these costs. A new law aims to create more balance where there is currently a lack of racial diversity in cancer drug trials.

Charmaine Sarpong says she’s feeling quite well, despite being in between treatments for stage four breast cancer. But she needs help to get her treatment.

“I was driving to Houston from Rockwall, 4 and a half hours,” Sarpong said.

Sarpong depleted most of her savings and sold off investment real estate to pay for two clinical trials at MD Anderson Cancer Center in Houston. She said the treatment has given her hope.

Recently, she began getting assistance with transportation.

"Say I didn't feel like driving and wanted to get a flight, I would feel comforted knowing this was covered 100 percent,” Sarpong said.

The nonprofit Lazarex Cancer Foundation is covering those costs. The same group helped craft a new law to take effect in Texas on September 1.

"There was not ever legislation that cleared the way for creating a permissible environment to support out of pocket expenses for these patients, so it continued to be a barrier,” said Lazarex’s Dana Dornsife. “This law now removes that barrier.”

The hope is the new law will help with some dismal statistics.

A recent medical study found among patients in clinical cancer trials from 2008 to 2018, more than 76 percent taking part were white. Just over 18 percent were Asian, while Hispanics and blacks made up six and three percent, respectively.

The same study concluded: "Enhanced minority engagement is needed in trials to ensure the validity of the results and reliable benefits to all."

House Bill 3147 makes Texas the third state, behind California and Pennsylvania, with such legislation. 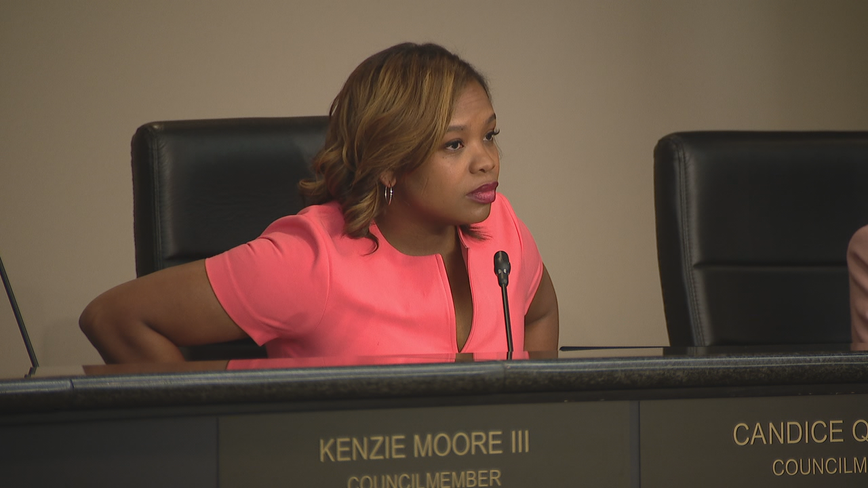