State lawmakers have given local police and district attorneys a new tool that could take cars away from street racers.

DALLAS - State lawmakers have given local police and district attorneys a new tool that could take cars away from street racers.

The Street Racing Bill allows law enforcement to seize and potentially forfeit vehicles if the racer is a repeat offender, driving under the influence, has an open alcohol container or causes injury or death.

Dallas County District Attorney John Creuzot says he's going to do everything he can, including using the new law, to try and put the brakes on street racing.

"We know that racing street racing is a problem, not just in the city of Dallas but also Dallas County," he said. 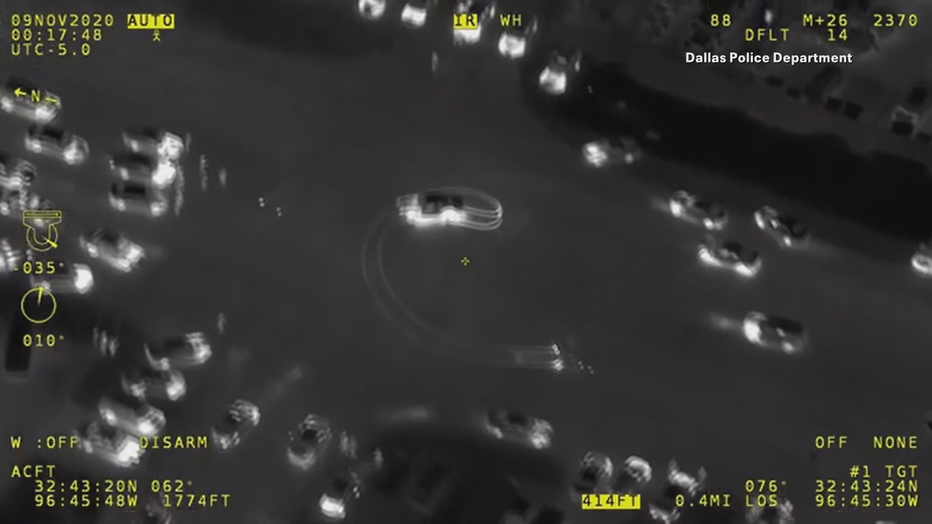 Dallas and other agencies now have special units to try and stop the races, often hyped on social media, before they move from one community to another.

Michael Mendoza is charged with three counts of felony murder after three people died when he was racing one of two stolen vehicles that crashed and burned in the 300 block of West Mockingbird.

Deborah Lyons’ son, Kendrick, never came home. His mother spoke to FOX 4 in 2020 when he was killed almost a year and a half ago by street racers in Pleasant Grove. Cesar Tirado was indicted for his murder.

"The individual was going close to one 140 miles per hour," Creuzot said. "And that person leaving to go to work pulled out into the street and was killed instantly.

The new law allowing vehicles to be seized with certain conditions goes into effect on Sept. 1.

"We're gonna use every tool that the legislature gives us to combat this," Creuzot said.