Three people were killed and two people were injured. Both of the SUVs racing in the crash on July 30 were stolen.

Now, the alleged driver of one of the stolen vehicles in the street racing incident faces the highest charge possible: three counts of felony murder.

A memorial stands in the 300 block West Mockingbird in Dallas where three people lost their lives in late July.

A stolen Chevy Tahoe and stolen Range Rover racing collided into a fiery crash. All who died were racing in the vehicles that were racing.

Michael Mendoza was allegedly driving one of the stolen vehicles. He’s charged with three counts of murder. 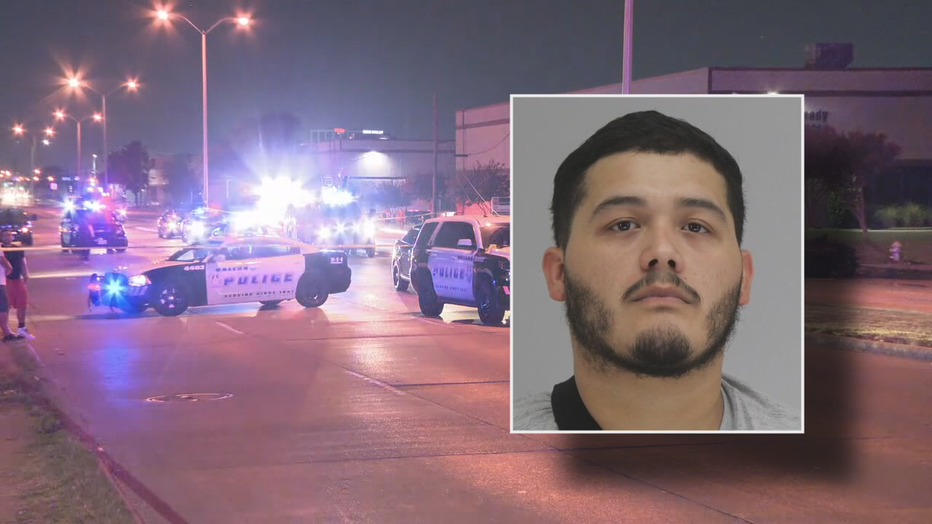 "Because he was allegedly involved in unauthorized use of a motor vehicle and also the felony conduct of racing causing death," said Russell Wilson, an attorney not involved in the case.

"During the course of committing that felony or in the immediate flight thereof if another person’s life is taken, then that person can be charged with murder under the felony murder doctrine," said attorney Toby Shook, who is not involved in the case.

The former prosecutors say if Mendoza is found guilty, the felony murder charge potentially comes with a stiffer sentence. But they also see this case as one where justice wants to send a message.

"Street racing is an inherently dangerous conduct," Wilson said. "It puts civilians at risk. It puts the drivers of the vehicles at risk. Here, the deaths are tragic, but it does all seem preventable."

"But also the person who is charged with this offense may spend the rest of their life in prison," Shook said. "So it’s certainly not worth the risk of a few minutes of fun that they have in these situations."