Dallas police do not plan to reinstate him, saying the murder case was not the only reason he was fired.

DALLAS - Dallas Police Chief Eddie Garcia said Thursday he is disappointed with the judge’s decision to drop charges against a former officer, but says the department will continue its investigation.

Brian Riser was released after more than a month in jail on a $5 million bond. A judge found no probable cause for his arrest on two capital murder charges in an alleged murder-for-hire plot dating back to 2017.

Even the district attorney’s office agreed with Bryan Riser’s lawyer that there was not enough proof to hold him for trial in two murder-for-hire cases that date back to 2017.

Chief Garcia denied claims that he rushed the case and ordered an arrest in press conference on Thursday.

"I think we all know how the system works. I can’t order an arrest even if I wanted to. What we did stay to do was to write the statement of probable cause and present it to a judge to see if we could make an arrest," he said.

The chief said he stands by the decisions that were made, noting that a judge signed off on the affidavits both before and after mistakes were corrected.

RELATED: Fmr. Dallas officer accused of murder out of jail after judge rules no probable cause in case against him

"After corrections were made and after Det. Montenegro admitted the corrections that he made it was once again signed by Judge Kemp, somewhat solidifying our position that we believe we have probable cause. But what I will say is we are human beings and the detective made a mistake. He admitted the mistake and corrected it," he said. "When we make a mistake, admitting that mistake and moving forward is the key."

Garcia would not discuss any specifics about the future of the case because he said there is still an active investigation.

But Riser’s attorney pointed out that after what came out in court Wednesday, any evidence would have to be very compelling to arrest him again.

During a court hearing Wednesday, the Dallas Police Department’s lead detective admitted that police used faulty information to persuade another judge to give them an arrest warrant.

That included cellphone records that incorrectly claimed Riser was at or near the murder scenes.

The prosecution also said it warned Dallas police leadership twice there was not enough probable cause to move forward with a case against Riser but the department went ahead with the arrest last month. 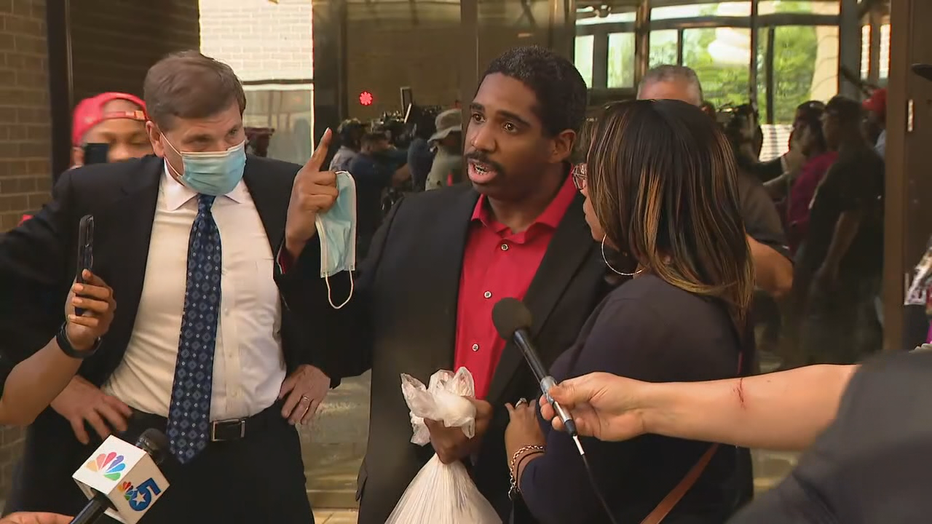 "You’ve seen the affidavit which had all kinds of mistakes in it – is, I guess, what they relied on," said defense attorney Toby Shook. "To cause him to be jailed for more than a month, to ruin his reputation based on the flimsiest of evidence. So that’s the major problem with this case is the decision by Chief Garcia to order that arrest."

"The experience has been hell. It’s been a nightmare that we haven’t been able to wake up from," said Eboni Samuel Riser, Bryan Riser’s wife. "How do you restore someone’s credibility? How do you restore their... can he get another job now?"

Dallas police do not plan to reinstate him, saying the murder case was not the only reason he was fired.

"It is important to note that investigators followed the legal process and presented two probable cause affidavits to a Dallas County District judge for review and sufficient probable cause was found," the department said in a statement Wednesday night.

Outside observers, like Tarlton State Criminologist Alex del Carmen, say the department may have other issues to address as well repairing what could be a credibility issue with the community.

"I think the chief has a task a very difficult task ahead, which is to tighten up those loose ends, be able to hold people responsible for what happened and be transparent," del Carmen said.

The former Dallas police officer accused in a double murder-for-hire plot is now out of jail after the police case against him fell apart. The charges against him have also been dropped.