Many streets and highways across North Texas were flooded again after another heavy downpour on Monday.

DALLAS - Many streets and highways across North Texas were flooded again after another heavy downpour on Monday.

Much of the street flooding has subsided, but the creeks and rivers are sending all that water downstream. And for some, flooding wasn't even the biggest concern.

The severe weather caused damage to multiple homes and a temporary grounding of planes at DFW Airport.

Strong storms in North Texas have been an almost weekly occurrence. Monday was no different with flash flood warnings for most of the day.

Parts of the trail system around White Rock Lake in Dallas were flooded. The heavy rain also caused flooded roads near the lake. 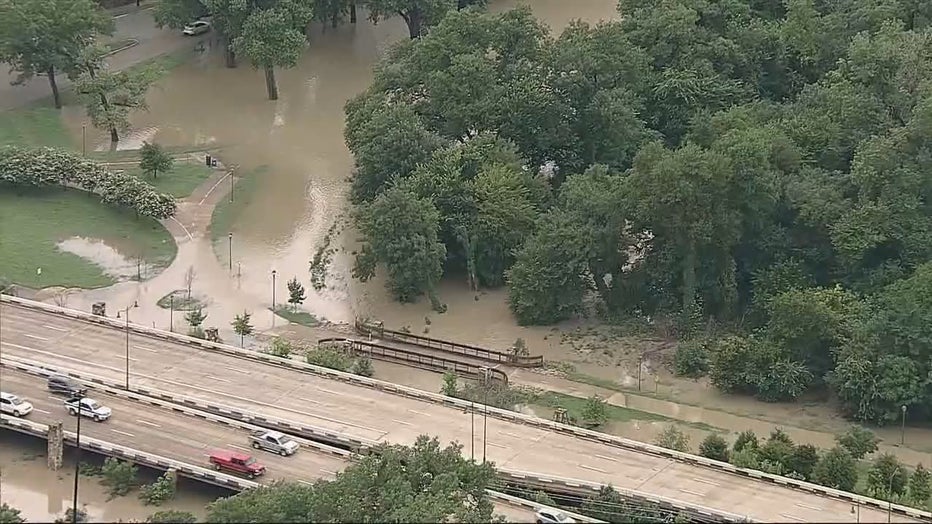 Damon Hensley lives in Princeton. When he heard a loud boom Monday morning, he told his neighbor his home was hit.

The homeowner says he was home at the time but didn’t hear anything. He says the house may be a total loss from the extensive damage to the roof and water damage.

"Our whole house shook. I thought it hit our house, so I came outside to look. That's when he saw the smoke coming from his house," Hensley said. "I told him he could bring his dog over here. He put it in my garage. I watched his dog and watched the show with the fire trucks."

The homeowner was able to salvage some of his items, but most things are a total loss.

Man rescued after driving his van into Dallas drainage canal