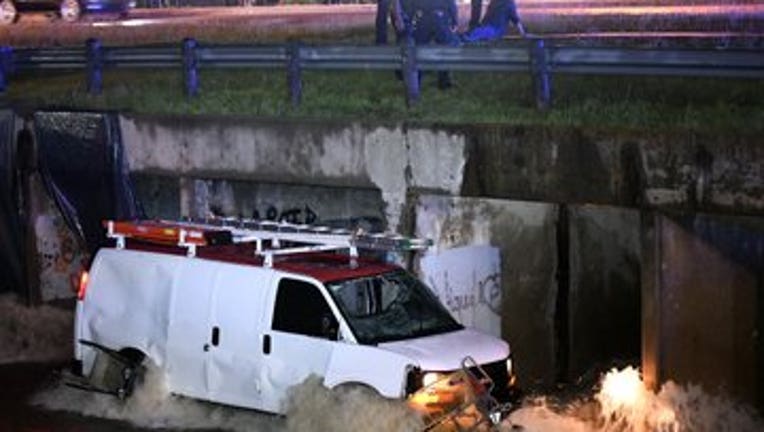 DALLAS - Crews were able to rescue a man after he drove his van into a drainage canal in Northwest Dallas overnight Saturday.

This happened just after midnight, in the 11000 block of Harry Hines Boulevard.

Dallas Fire-Rescue responded to the 911 call after a man left a business and drove his vehicle into a nearby drainage canal.

The van was pushed up against the pillars of a bridge by three or four feet of water.

First responders were able to rescue the man from the van.