First responders are watching for a slew of weather-related incidents, including accidents on the roads to the potential of flash flooding and high water emergencies.

With fast-moving water with nowhere to go but over the road, the city of Southlake shut down the North White Chapel Bridge in addition to taking other steps nearby to keep drivers safe.

Nearby in Keller, a waterlogged lane of Highway 377 near Ridge Point Parkway was blocked off. Despite the closure, a defiant pick-up driver went around the barricades. He was met by a police officer with a stern warning. 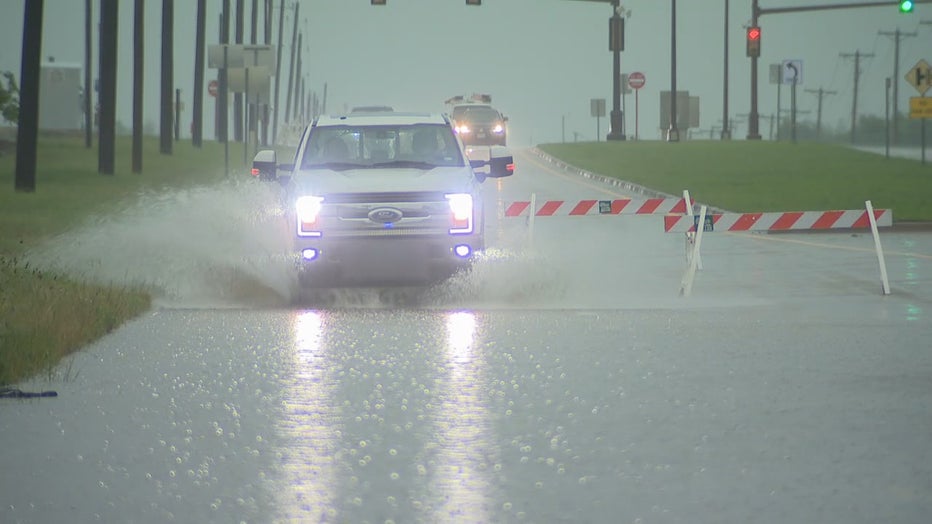 In Fort Worth, lightning is the suspected cause of a late morning house fire.

Meg Navarro lives close to the home on Merry View Lane where firefighters quickly responded. She says her son noticed something odd while letting their dog outside in their backyard.

"He came back and said, ‘Mom, there’s smoke down by the fence and it smells like barbecue in the back.’ But I don’t think anybody is going to be barbecuing right now," she recalled. "So I went in the backyard with him and checked. When I walked out into the middle of the yard, I could see there was smoke coming from the base of the neighbor’s chimney."

Fort Worth fire officials say thankfully no one was injured in the house fire. However, it underscores a slew of weather-related incidents they are keeping watch for.’

One of the main things they want to warn people about is driving through standing or moving water.

"Several inches of fast-moving water can definitely move a vehicle. It can take your feet out from under you. It’s a scary situation," said Mike Drivdahl with the Fort Worth Fire Dept. "You also don’t know what is underneath that water. You can’t see the road. You don’t know if the road is washed out in that area or if there’s a storm drain or manhole cover that’s off. So it can be a very dangerous situation you’re putting yourself and others in."