Plano teen shares story after being stuck in high water

A 18-year-old in Plano said he did not see high water until it was too late and his dash camera video backs up that story.

PLANO, Texas - A recent high school graduate is grateful to be alive after his car got trapped in high water.

The situation went from bad to worse in a matter of seconds for 18-year-old Reid McCullough as he was working Saturday night in West Plano.

His job requires him to pick up yard signs and return them to the owner. Along the way, he lost control of his vehicle when he unexpectedly drove into high flood water.

It was dark and hard to tell the road dipped because it was covered with so much rainwater.

As soon as he hit the water, his vehicle flooded up to his waist. 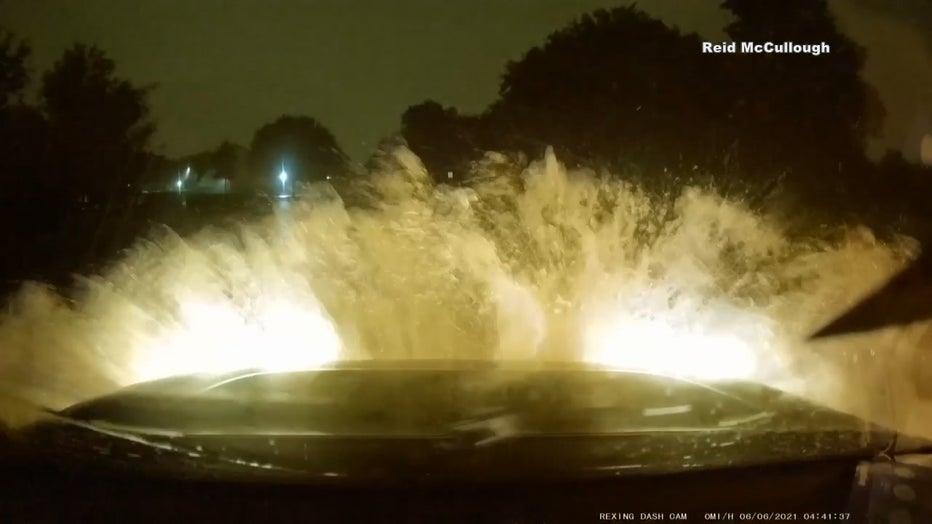 He was stuck in the car for about an hour.

A 911 operator told him to stay in the vehicle until help arrived.

The Plano teen said even now he keeps revisiting the terrifying moments in his mind.

McCullough said he saw four other cars go into the water after him.

He left his hazard lights on to try to warn them not to go any further.

While the teenager is okay, the car is expected to be a total loss.

His family wants the situation to serve as a warning to other drivers who are out on the roads while it's raining.