Tuesday it was revealed that 5 DPS officers are under investigation for their role in the botched response for the shooting.

DALLAS - As Uvalde CISD students head back to the classroom this week for the first time since May's school shooting left 21 dead, the Texas Office of Inspector General is looking into the actions of five DPS officers who responded to the scene that fateful day.

Bobby McDonald is a criminal justice lecturer at the University of New Haven.

"I think we're going to see more of this as we move forward," he said.

In a statement Tuesday, DPS said thus far, two of those five officers have been suspended with pay pending the outcome of the OIG investigation.

A separate criminal investigation of the law enforcement response is being done by the Texas Rangers, who are part of DPS. Those findings will be turned over to the Uvalde County district attorney.

But McDonald says it is important for an independent review as well.

"I think you need a disinterested party, if you will, an outside entity to look at things for that," he said. "There is integrity in the investigation and no appearance of any impropriety."

Hundreds of officers from multiple agencies waited for more than an hour before taking down the gunman. It’s a decision DPS Director Steve McCraw said was wrong.

"I’m scared that it might happen again": Uvalde parents send their kids back to school

McCraw has been criticized for a perceived lack of transparency surrounding his own agency, which had the most officers on scene. 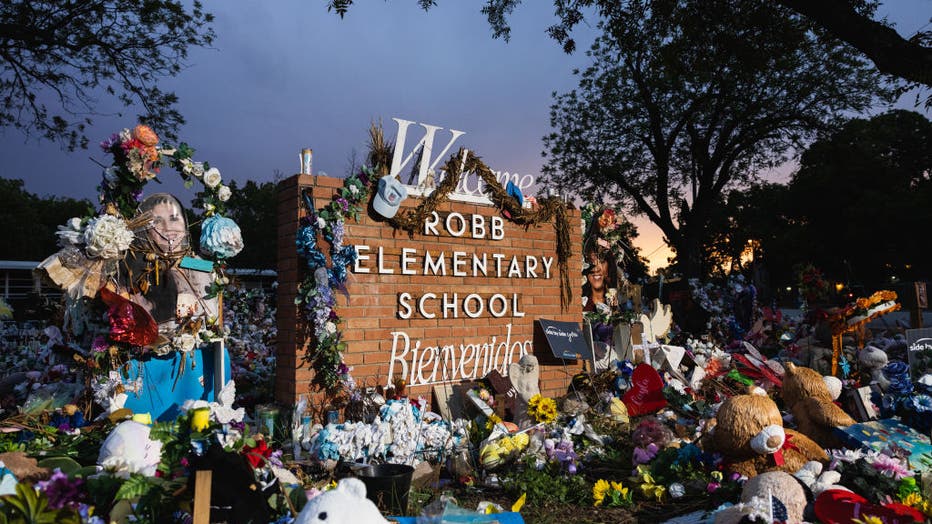 UVALDE, TX - AUGUST 24: The sun sets behind the memorial for the victims of the massacre at Robb Elementary School on August 24, 2022 in Uvalde, Texas. (Photo by Jordan Vonderhaar/Getty Images)

The inspector general's office will look to see if the DPS officers in the referral violated any policies.

"There's got to be transparency here. We owe it to the public," McDonald said.

So far, the only law enforcement officer punished in the wake of the shooting was Pete Arredondo. The former Uvalde CISD police chief was fired by the school board last month.

Gov. Greg Abbott talked about the investigation during an event in Laredo Tuesday.

"It was appropriate for Pete Arredondo to be terminated from his job," he said. "If there's a shooter on campus, law enforcement goes to that shooter and eliminates that shooter without hesitation. That protocol was not followed."

Beto O'Rourke, who is hoping to defeat Abbott in November, talked about the school massacre during a campaign rally in Denton on Wednesday. He says this outside investigation is long overdue.

"The families in Uvalde should not have to wait a day longer," he said. "It's been 15 weeks and those families from Uvalde and the rest of us from Texas have yet to get any real answers, accountability or justice to what happened to those 19 students and two teachers."

McDonald says the investigation by the inspector general will take some time. And considering all of the law enforcement officers who were on scene that day, he says it's likely more officers’ actions will be recommended for further review.