Leaders in the small town of Saint Jo in Montague County say they have a water crisis and are trying to distribute water to residents.

SAINT JO, Texas - Leaders in the small town of Saint Jo in Montague County say they have a water crisis and are trying to distribute water to residents.

Twenty-three miles west of Gainesville, about 900 citizens of the small town of Saint Jo are facing a catastrophe. There is no running water anywhere in the city.

The city operates on a water well system. But last week, one of the wells just outside of town was taken offline for ground repairs. 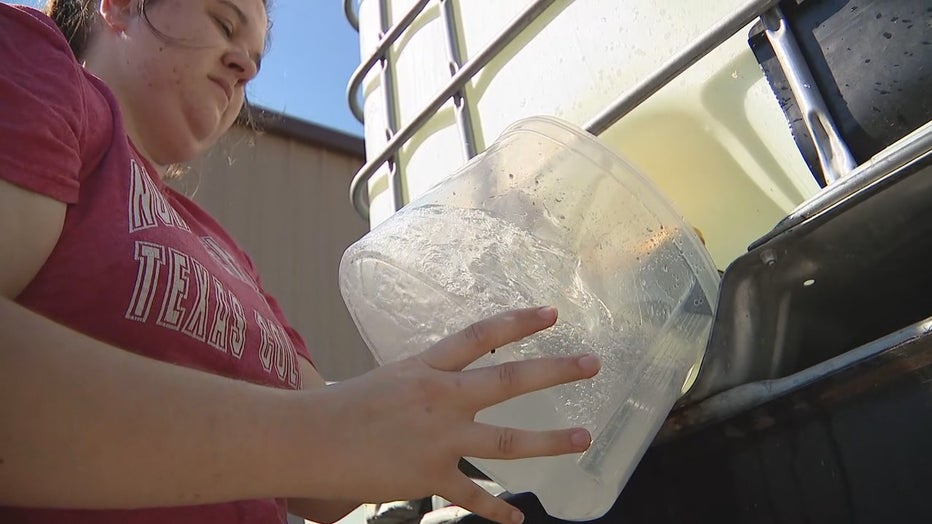 Mayor Tom Weger says two days later before they could make repairs to the ground storage tank for one well when another well right behind city hall suddenly stopped working. The mayor said he had no choice but to shut the water off to the entire town.

"At 9 o’clock this morning, we notified our citizens that we were going to have to shut the system down," he said.

Turns out there was a water main break hidden under a bridge on the Elm Fork of the Trinity River. It was spotted on Tuesday by a volunteer firefighter.

"Just happened to see the water was going the wrong direction. Just barely saw it. And said that doesn’t look right," Weger said. "And he got out and he discovered it and it was a geyser."

And once city officials dug out an old 1930s city map, they realized that’s exactly where the four-inch water main had been placed a century before.

Now that the break has been repaired, Weger says he’s hoping to turn the water back on sometime on Wednesday evening and restore service to all of Saint Jo by Thursday.

Until then, locals will have to make due with filling up at temporary water stations around the city.

"By and large, our community just says ‘We gotta hunker down. Gotta get some water. How do we help?’" the mayor said. "And that’s what we’ve seen, and that’s why we’ve been here since 1858."