It has been one year since the police shooting death of Atatiana Jefferson in her Fort Worth home.

FORT WORTH, Texas - It has been one year since the police shooting death of Atatiana Jefferson in her Fort Worth home.

One year later, many are finding ways to honor Jefferson and highlight issues within the city.

One year to the day on when Jefferson was shot and killed by a former Fort Worth officer, more than a hundred people in vehicles stage a parade through the community where she lived.

Supporters like Savannah Nelson decorated cars for the parade.

“It’s important to me that people here in the city don’t forget her and are aware of the situation a year later,” she said. 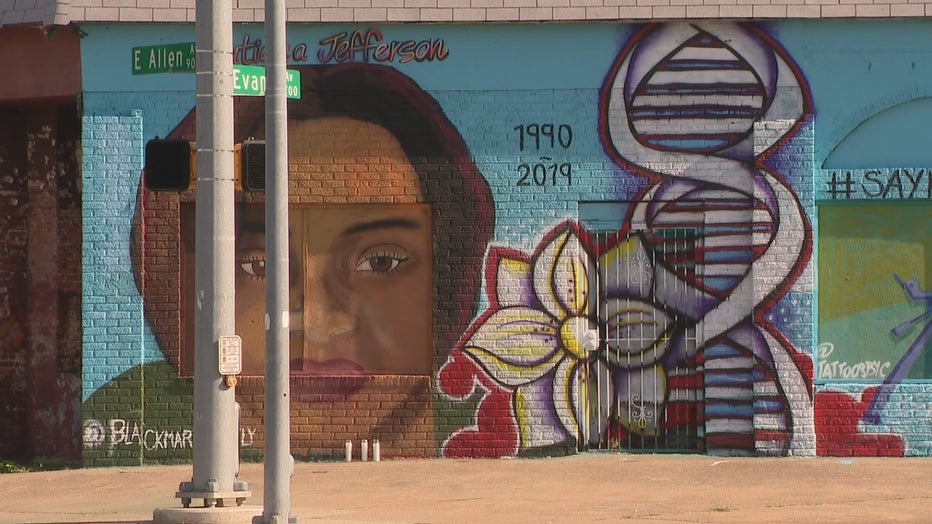 Aaron Dean, who is charged with Jefferson’s murder, has been out of jail on bond since last October.

The former officer resigned days after the shooting. He responded to Jefferson’s home after a neighbor called for a welfare check because the front door was open late at night.

Jefferson was playing video games with her nephew that night. Her family’s attorney Lee Merritt has said she became startled by someone in the backyard. Dean, while yelling at the shadowy figure in the home, fired and shot through a window, killing Jefferson.

Civil rights advocate Cory Session has been an advisor to city leaders in the aftermath of the shooting.

“The city still needs to gird this family one year after because it’s a scam that’s being pulled back, and the wound is open today,” he said.

The mayor released a statement saying “I vow to never forget Atatiana and will continue the hard work of propelling change."