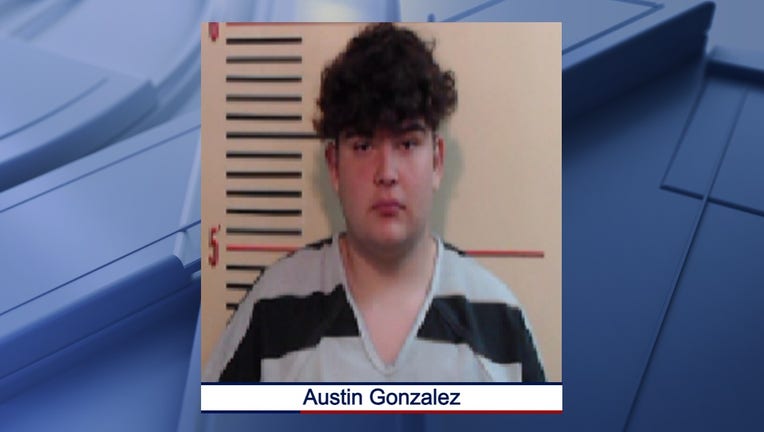 MILLSAP, Texas - A 17-year-old boy is facing assault charges for allegedly body-slamming and punching a classmate in the face during a sleepover.

According to the Parker County Sheriff’s Office, the incident happened several weeks ago during a party at a home in Millsap.

Witnesses told investigators Austin Gonzalez and several other teens from Millsap High School began "messing" with the 17-year-old victim while he was asleep on the floor in a sleeping bag.

They shined a light in his face and jumped on him to wake him up. Gonzalez slapped his face several times, the sheriff’s office said.

The victim reportedly told Gonzales to stop but he would not, so the victim swung at him.

The sheriff’s office said that’s when things escalated to a physical fight. The victim charged at Gonzalez, who body-slammed him and punched him in the face two to three times.

The victim sought treatment at the hospital for facial injuries, authorities said.

Jeremy Irwin told FOX 4 his son, Trent, is deaf, wears cochlear implants and cannot hear when he is asleep.

"The Millsap ISD administration is aware of recent bullying allegations and is working with local law enforcement to actively investigate the matter. Our district does not tolerate or condone bullying or harassing behavior, and we take accusations such as these very seriously," Millsap ISD Superintendent Edie Martin said in a statement.

"The welfare and safety of our students and the members of our community are our utmost priority; this objective continues to guide us as we take timely action to address the behavior and needs of students, while fully complying with state and federal laws, as well as our board policies. In accordance with federal law, the district will not comment regarding specific students."

Gonzalez is now charged with assault that caused bodily injury.

The case is still under investigation, the sheriff’s office said.