A Midlothian teacher tried her new prosthetics on for the first time Tuesday after the community rallied around her to raise money for the devices.

MIDLOTHIAN, Texas - A Midlothian teacher tried her new prosthetics on for the first time Tuesday after the community rallied around her to raise money for the devices.

More than $51,000 was raised for Jennifer Campbell after an insurance company repeatedly denied her and said the prosthetics were a want and not a need.

Campbell believes every amputee should have access to quality prosthetics, which is why she’s sharing her story.

When it came to blessings Campbell used to take for granted, walking was on the list.

"I wish I could have paid more attention that last time I walked into the hospital," she said. 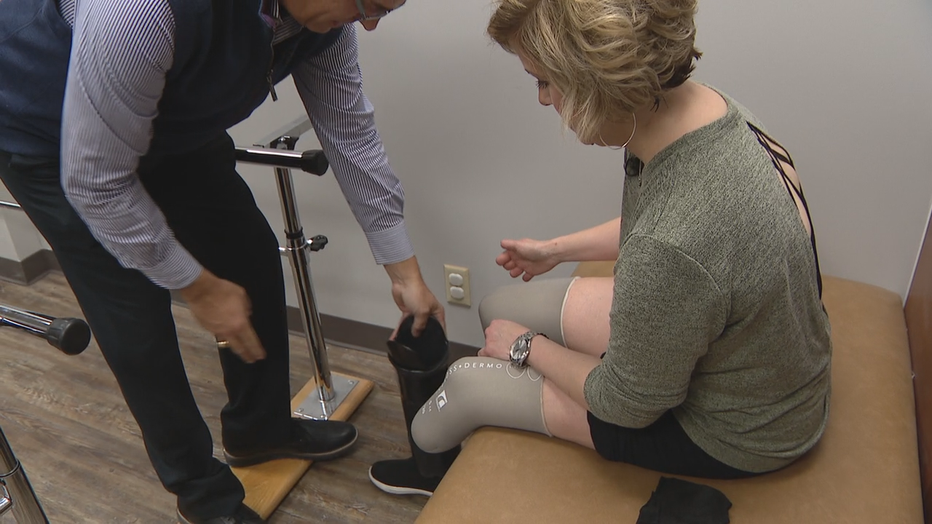 Seven years ago, a simple case of the flu ended with Campbell in the ICU and faced with the decision of keeping her life or keeping her limbs. Her fingertips and both legs had to be amputated.

Campbell learned to live an active life with prosthetics, but her originals were limiting.

"Before, she would have to side step a hill," said Greg Wimbish, North Texas Regional Orthotics and Prosthetics.

The new prosthetics relieve pain, and require less energy to use. But Campbell’s insurance company denied the new prosthetics that her doctor prescribed to improve her quality of life three times over the course of a year.

RELATED: Midlothian teacher advocating for change after community pays for her new prosthetics

"The day I got a denial of my third appeal, I fell getting out of the shower and laid on the ground and just sobbed," she said.

Wimbish, a licensed practitioner of orthotics and prosthetics, says insurance companies are not following the spirit of the law.

"It states in Texas, if the physician and practitioner both agree a patient would benefit from a device, the insurance company cannot deny that for any particular reason. But they do, all day long, every day. Because a lot of people don’t have the resources to fight the insurance companies, it takes a long time," Wimbish said. 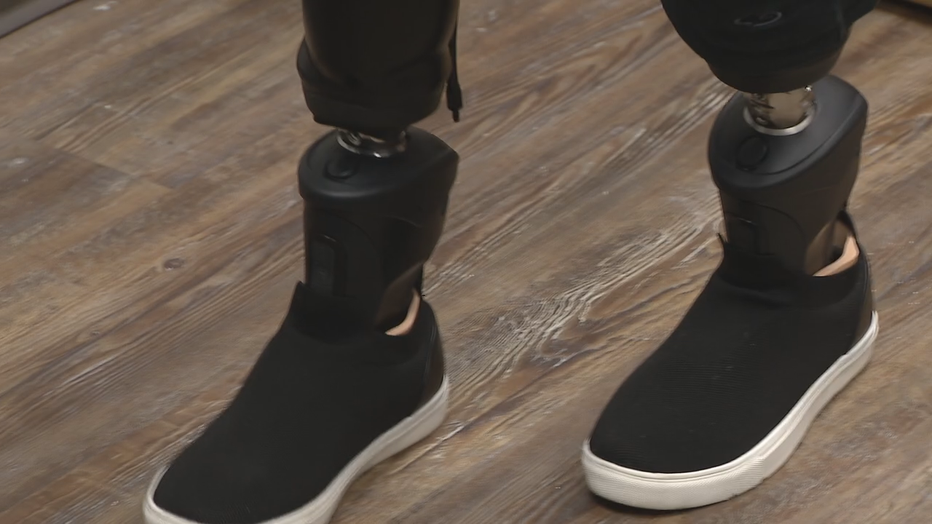 FOX4 made contact with Campbell’s insurance company a week ago and asked for comment and is still waiting for a response.

But on Tuesday, for Campbell, the denials no longer mattered thanks to the community’s help.

"It feels much more comfortable, I’m in awe," she said. "Being able to walk in the rain and not worry about prosthetics getting wet."

Campbell says she is most looking forward to seeing her students tomorrow, especially one child who is also an amputee.

"I have a boy just cast for a prosthetic arm," she said. "I can’t wait for tomorrow to be able to walk in."

Campbell says her next goal is to work on getting legislation passed that prevents insurance companies from denying prosthetics or other medical treatments that are prescribed by doctors.

Dozens of families in Midlothian came together this holiday to help a special education teacher receive new prosthetics. She realized she needed help after encouraging her students to advocate for their own needs.