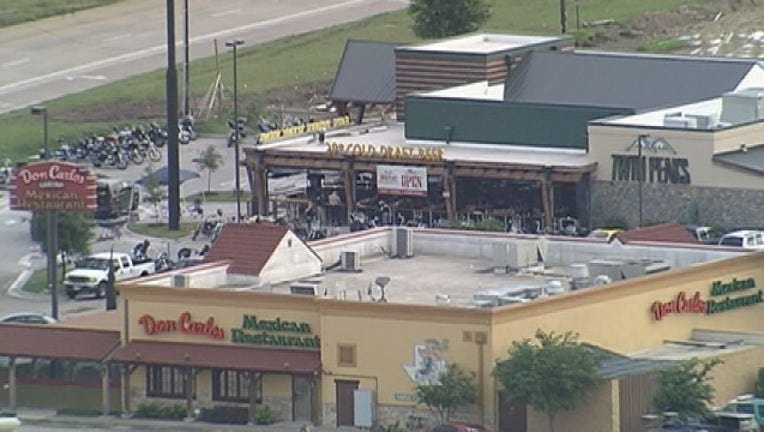 A Mexican restaurant next to the Waco Twin Peaks where a deadly shootout occurred has filed suit against the operator of the Twin Peaks.

Lawyers for the Don Carlos Mexican Restaurant said the owners of the Twin Peaks franchise in Waco were "grossly negligent in operating the franchise which ultimately led to its client incurring damages," according to a statement from the restaurant's legal counsel.

"Twin Peaks didn't just add gas to the fire, it threw the match. Inviting armed rival gangs to a place where alcohol is served is not only unwise, it is reckless," said Tony Buzbee, lead counsel for the restaurant. "All of the neighboring businesses are damaged, and Twin Peaks needs to be held accountable."

The lawsuit claims the Twin Peaks franchiser "encouraged" the hosting and participation in events involving bikers, which "involved an extreme degree of risk considering the probability and magnitude of the potential harm to others."

Don Carlos, according to the lawyers, was deemed a crime scene by police and was unable to re-open for business until Thursday morning.

The suit seeks "any present and future lost profits" from the closure of the restaurant as well as compensation for damages to the property from the shootout.

Nine people were killed and 18 others injured in the melee on Sunday afternoon in Waco. Police also arrested 170 bikers, who remain jailed on a $1 million bond each.