A Friday afternoon chase involving Mesquite police ended with the suspect being taken into custody.

DALLAS - A Friday afternoon chase involving Mesquite police ended with the suspect being taken into custody.

It wasn't immediately known what triggered the chase.

SKY 4 picked up the chase just after 2 p.m. as it made its way through parts of Richardson and it eventually went southbound on a Central Expressway service road then westbound on a High Five service road until it ended minutes later on a side street.

The suspect exited his vehicle with his hands up and was arrested.

More to come on this developing story. 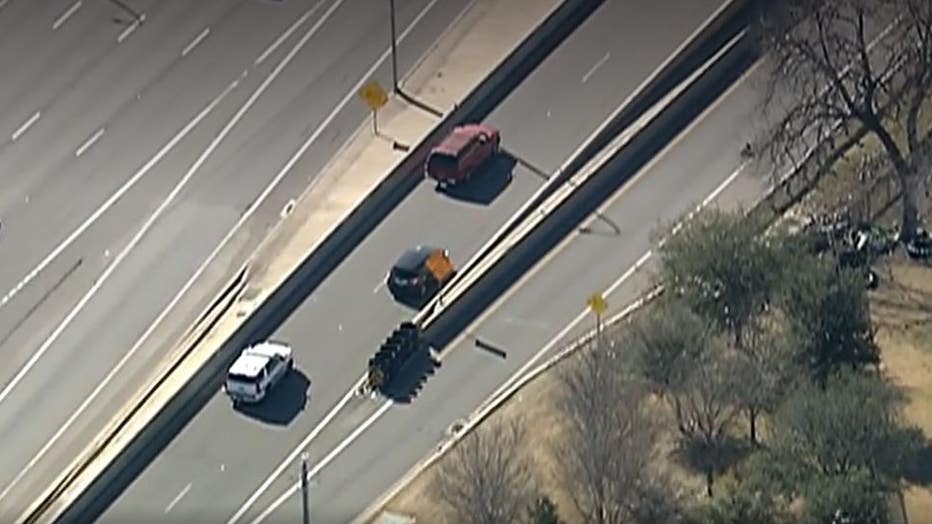