An attorney fighting the eviction of a Mesquite mother is making a strong accusation that a letter notifying his client of her eviction trial date was forged and placed in her file after the date had passed.

MESQUITE, Texas - An attorney fighting the eviction of a Mesquite mother is making a strong accusation that a letter notifying his client of her eviction trial date was forged and placed in her file after the date had passed.

He is now asking a higher court to stop eviction proceedings until everything is cleared up.

The court said it wasn't, but Melton claims it was forged after the fact.

"It was shocking at first because they told me that they had everything fixed," said Hardaway, who is facing eviction from her Mesquite apartment.

The single mother of seven sued for more than $9,600 in back rent.

"The rent assistance money was there and the landlord didn’t want to cooperate, but even more of a problem is what happened in the courthouse," Melton said.

The courthouse is Justice of the Peace Precinct 2, Place 1 in Garland with Judge Margaret O’Brien. 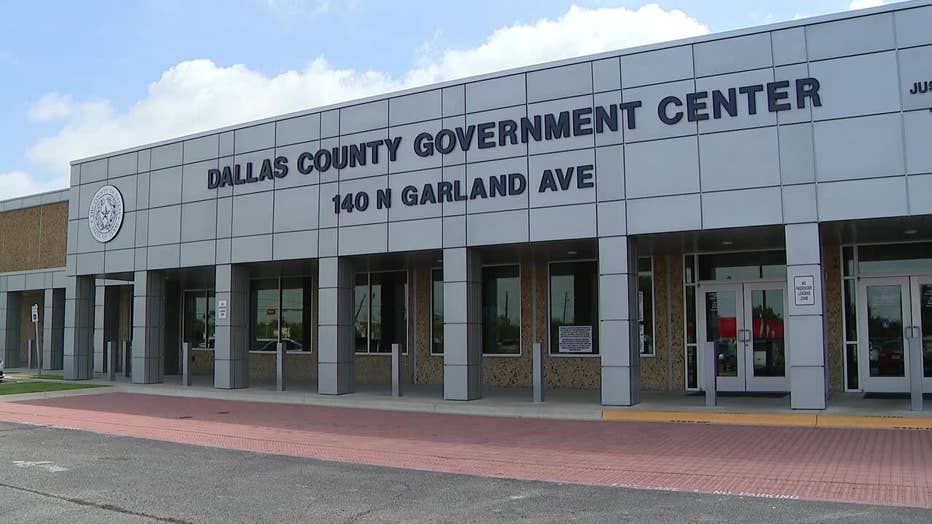 "We have a situation here where the landlord asked to reset the trial date, which the court did, and so the first notice she had that it occurred was when the constable showed up telling her she had 24 hours to vacate or they were going to throw her things on the lawn," Melton said.

In a statement to FOX 4, the court's chief clerk wrote, in part:

"...the defendant's trial date was reset and letter of reset was mailed to her. The court did not receive an insufficient delivery return from the U.S. Post Office ..."

Melton said he asked the court to send him a copy of the trial notice sent to Hardaway.

"They sent me a PDF letter that does not look like the normal trial notice, and then we receive notice through a whistleblower, an anonymous call, that that letter was fabricated, it was a forgery that someone in the court made after I asked to see it," Melton said.

The allegation of forgery was strongly rejected by the justice of the peace's chief clerk in her statement that continues:

"The court has no reason to believe any record in the court's file for this matter was falsified by one of its clerks. A comment by one clerk, if made,... Does not mean the document was not in the file. Nor does it validate any accusation of fraud."

Melton filed a motion in county court to have a hearing for a temporary restraining order, to stop the eviction until there is under oath testimony about whether the trial notice sent to Hardaway was part of the record or not

"Next week's hearing is for a temporary injunction just to maintain the status quo while we figure out all of the various things that are going on in this case," Melton explained.

That office has a different opinion of what happened and said because one person didn't see the document does not mean it wasn’t in the record.