While many politicians have been weighing in, FOX 4 Asked the medical experts for their opinion.

DALLAS - Now that Texas is leaving it up to parents to decide whether to return to school or continue with a virtual education, many parents are struggling to decide which decision is best for their child.

While many politicians have been weighing in, FOX 4 Asked the medical experts for their opinion.

The doctors agree that unlike other respiratory illnesses, it is rare for children to become seriously ill from COVID-19. However, that is not necessarily the case for their teachers or their grandparents they may see outside of school.

Dr. Albert Karam, a Dallas pediatrician, says with only six months of data on COVID-19, there is no right, wrong or easy answer. He recommends parents weigh the risk versus benefit for their families.

“Medication risks versus benefit. Most of the time, the benefit outweighs the risk,” he said. “In this case with school, we know kids need not only cognitive learning, behaviorally, socially, these kids physically, emotionally need each other the way our country has run for 100 years now.” 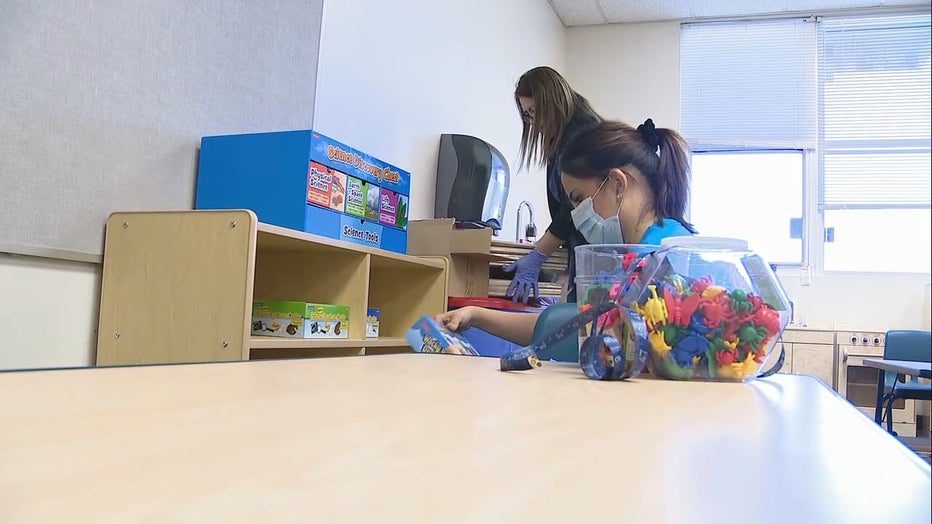 Dr. Mark Casanova, president of the Dallas County Medical Society, says other countries have been able to successfully reopen schools. But that is likely due to widespread compliance with mask-wearing and physical distancing in their societies as a whole.

“Their mask-wearing and physical distancing have been different than here in U.S.  Can it be done? Yes. We are seeing evidence of that,” Dr. Casanova said. “But it needs to be done as part of a package deal.”

Dr. Julie Linderman, a pediatrician at Inwood Village Pediatrics in Dallas, says the CDC data on death rates paints an interesting picture. At the height of the death rate, the line for 0 to 24-year-olds stayed flat, while it increased with each older age bracket.

“Kids are by far the least affected population, which is really counter-intuitive because typically with respiratory illness kids in the past have been the most affected group,” she said.

Dr. Linderman says when schools reopen, teachers should still social distance from other teachers. Families should be cautious if their households include grandparents or those at high risk. She believes reopening schools to in-person attendance is important for children's overall wellbeing.

“There are a lot of parents who can do some virtual school. Maybe one parent stays home or has a flex schedule,” she said. “But there is a huge percentage of the population that does not have that ability.  The kids really suffer.”

Dr. Linderman recommends that once children return to school, it would be wise for them to physically distance themselves from their grandparents while wearing masks.