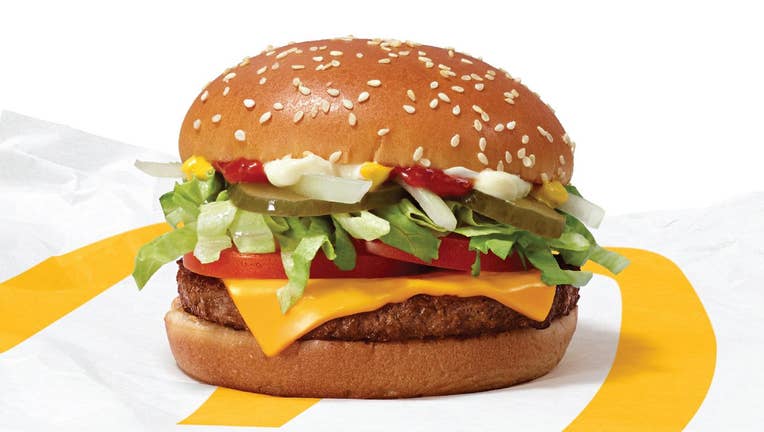 After testing out its McPlant burger at select U.S. locations - two of which were in North Texas - McDonald’s is expanding its test to about 600 locations in two U.S. metro areas, including hundreds of locations here in the Dallas-Fort Worth area.

McDonald’s started testing the plant-based burger at eight U.S. restaurants, including one in Irving and another in Carrollton, last November.

PREVIOUS STORY: 2 North Texas McDonald's locations among 8 in the U.S. testing out McPlant

Starting on Valentine’s Day, Feb. 14, the McPlant testing will be expanded to include hundreds of Dallas-Fort Worth McDonald’s locations.

San Francisco is the only other U.S. metro area where the McPlant testing will be expanded for now.

The McPlant has a plant-based patty co-developed with Beyond Meat that is made from plant-based ingredients like peas, rice and potatoes, according to McDonald’s.

It's served on a sesame seed bun with tomato, lettuce, pickles, onions, mayonnaise, ketchup, mustard, and a slice of American cheese.

The McPlant has already been tested in other countries, including Sweden, Denmark, the Netherlands, Austria and the UK.