Matthew Stafford's mom discusses his journey to the Super Bowl

Highland Park's Matthew Stafford has dreamed about playing in the Super Bowl for a very long time. Now that moment is just days away, and no one knows that better than his mom, Margaret.

HIGHLAND PARK, Texas - Highland Park's Matthew Stafford has dreamed about playing in the Super Bowl for a very long time.

Now that moment is just days away, and no one knows that better than his mom, Margaret.

When Margaret Stafford looks back at old pictures of Matthew, she said it sometimes feels like just yesterday, but other times it feels like it’s been a long road.

"Loved having a ball, always had to have a ball," she recalls. "No Legos in our house."

She added that Matthew always had big goals.

"When he played in high school, Randy Allen came to him when he was in eighth grade and said, ‘I want you to be a quarterback for our team,’ and he said, ‘What are your goals Matthew?’ And he said, ‘I'd like to win the state championship,’ which they did, the first time in 50 years," Margaret said. 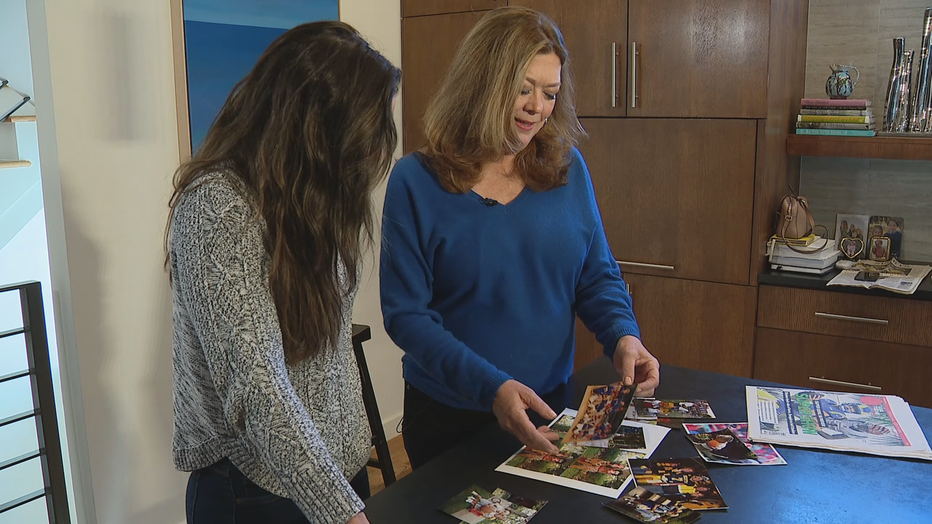 [REPORTER: "Did you ever think that, now we would be talking about him making his Super Bowl debut, after all that he went through in Detroit, now with the Rams, it seems like this year, it was destined for him to make it to this point?"]

"Yes. Well, I think, along the way, people would say, ‘When did you know?’ But, he was always talented, surrounded by a bunch of fun friends that love sports, so it wasn’t like a standout. He was just love doing it," she responded.

Margaret said the Rams weren't even on Matthew's radar initially, but after 12 seasons in Detroit and without a playoff victory to his name, the time had come for the 1st overall pick out of Georgia to make the move to Hollywood and leave the team that had drafted him.

"Last week, I didn’t think, ‘Oh, we won the whatever championship,’ I was like, ‘He’s going to the Super Bowl, he’s going to the Super Bowl,’ and that a year, almost to the date maybe, where he was in Cabo and ran in Sean McVay and Whitworth, and they started the conversation going," she said. "Of course, when he went to the NFL, you’re thinking, "Oh, one day he’ll play in the Super Bowl and this will be so great,’ and I was starting to wonder when that would happen. When he went to L.A., and that was what was expected, we thought this is his chance."

Margaret said it’s been a "beautiful, wonderful year," but the Matthew and his wife, Kelly, have also had their share of hardships.

In 2019, Kelly underwent a 12-hour surgery to remove a non-cancerous brain tumor.

Fast forward three years later, Kelly is healthy, tumor free. The college sweethearts have four beautiful daughters together, and after the NFC Championship victory, they shared an embrace on the field.

"I loved it," Margaret said. "I saw her tearing around, searching for him, then making the beeline and jumping up. I had pictured that’s exactly what she would do. I knew she would just be so excited and happy, and it was great."

Living in North Texas, Margaret said she hears from a lot of people who say they root for Matthew, but only after the Cowboys.

"We get a lot of, ‘Well we love Matthew and whoever he plays to, and we’ll root for him, whenever the Cowboys aren’t playing,’" she said.

She said Matthew knows it will be a tough game, but is focused on winning the Super Bowl.

"The way this year is going, I just feel like, I’m just really hoping and praying for a win," Margaret said.