Highland Park High School grad Matthew Stafford will lead the LA Rams during the Super Bowl on Sunday. People who live in Highland Park are really showing their love. Hundreds of people lined up outside the Highland Park Scot Shop as they hoped to snag a "Scots for Stafford" t-shirt ahead of the game.

People who live in Highland Park are really showing their love.

Hundreds of people lined up outside the Highland Park Scot Shop Tuesday morning on the high school campus as they hoped to snag a "Scots for Stafford" t-shirt ahead of the game. 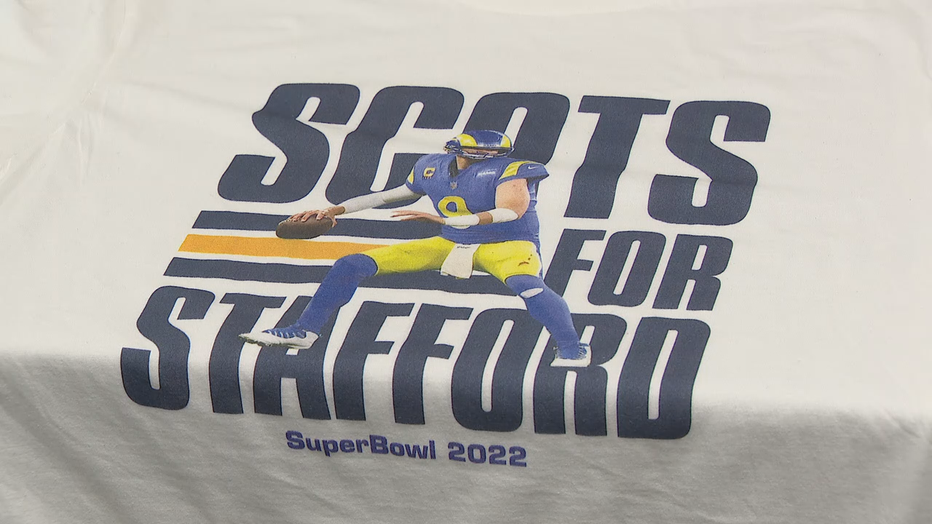 Hundreds were sold in no time. Hundreds more are printed out and being shipped out for more fans. Around 500 ‘Scots for Stafford’ t-shirts sold out in minutes.

At the end of the day Tuesday, the chance to score a ‘Scots for Stafford’ t-shirt was slim to none in Highland Park.

Just a few smalls were left on the shelf inside the Scot Shop on the Highland Park High School campus.

"We had no idea what kind of demand we would have," said Shelley Power with the Scot Shop.

In 2005, he played under the Friday night lights at Highland Park High, leading the Scots to a state title. 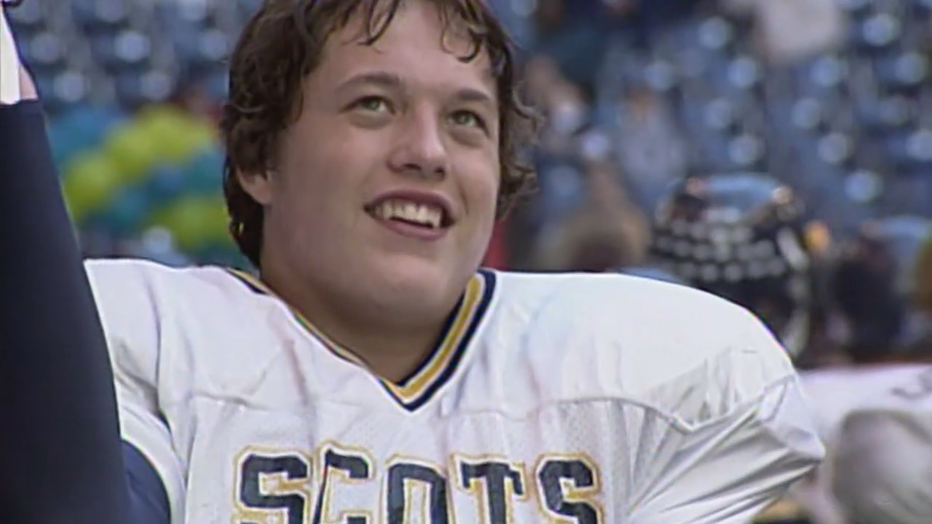 Stafford’s hometown team is once again cheering him to a championship, sporting his name in navy and white.

And it spread fast.

Early Tuesday morning, Power was met with a line wrapped around Highlander Stadium with customers waiting before 9 a.m.

"Right there in front of him. We are so proud of you, Matthew," he said.

Tenth in line to buy her Stafford shirt was Betsy Hurst, a Highland Park graduate.

Within an hour, the shirts sold out.

Luckily, Hurst snagged the last navy shirt in her size.

"But I like this one better with his number on the back," she said.

A second shipment was gone by lunchtime.

A third shipment was quickly printed and packed up Tuesday evening, ready for when the doors open Wednesday morning.

"They are already asking how early they should come," Power said.

But for Stafford fans, there’s no doubt he will bring home the win on Sunday.

Stafford says he is so thankful for the support and is ready to play on Sunday.