Even though roads, for the most part, were clear Friday, thousands of people who rely on DART had a third day of commuting trouble.

DALLAS - DART announced its bus and rail systems will be back to regular service Saturday after shutting down its trains and reducing the number of buses operating because of icy conditions.

Even though roads, for the most part, were clear Friday, thousands of people who rely on DART had a third day of commuting trouble.

It all made life tough for people who depend on public transportation to get to work while the roads are clear.

"What do we do from here, it is terrible," Jackie Bonner said.

Bonner is one of 65,000 people who rely on DART to get to work and elsewhere.

She felt it was anything but reliable Friday.

"I had to get off the bus, walk again, now have to go to my building," Bonner said.

One thing leaving riders particularly frustrated by the inconvenience Friday is the dry streets.

"The trains should be running, there is no ice, their predictions were not very right," Moses Namanya said.

And it’s not just rail service.

DART's buses were coming at longer intervals due to the agency running a reduced 5 a.m. to 9 p.m. Sunday schedule on Friday.

One rider said his commute time from Plano to Dallas was three hours longer.

"Manually checking every inch of catenary lines, have to make sure they’re not frozen," Gordon Shattles explained. 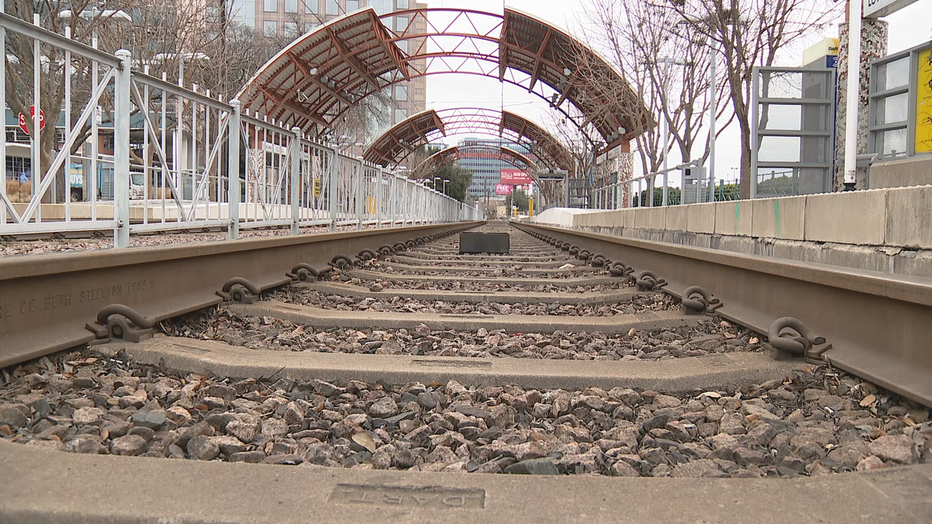 Shattles, the director of external relations for DART, said it is the lines in the air that are prone to freeze, which could potentially leave riders stranded on the rail in the cold.

Temperatures started in the low 20s Friday and warmed into the upper 30s.

[REPORTER: "Why have a limited bus schedule [Friday]?"]

"Have to make sure bus schedule aligns with rail schedule," Shattles responded.

But there is no rail schedule, so it is unclear exactly what needs to align.

[REPORTER: "I just drove here, the roads are fine, why can't buses be operating at a full schedule now?"]

"We informed everyone about how things work, made sure the information is available through the app. Always the best way to know your routes are there," Shattles said.

Dallas Mayor Eric Johnson said he has questions for DART. He's asked the new CEO to answer those questions at a council briefing Wednesday.

"The residents of Dallas, who DART is supposed to serve, need to know what the decision-making process was and what they can expect when temps drop below freezing. They need answers," Johnson said.

Shattles said opening rail mid-day, once temperatures rose above freezing, was not an option, because it would be more confusing to commuters.

The transit agency did add 14 shuttle buses to make up for the gap in rail service.