The phones are busy, the website has been down, and that has meant a lot of frustrations for Texans.

DALLAS - The phones are busy, the website has been down, and that has meant a lot of frustrations for Texans.

There has been a record-shattering 10 million unemployment claims across the country in just two weeks.

It’s been the swiftest, most stunning collapse the U.S. job market has ever witnessed, but the real number of unemployed workers is likely higher as North Texans like Brandi Beakley cannot get through to the Texas Workforce Commission to even file a claim. 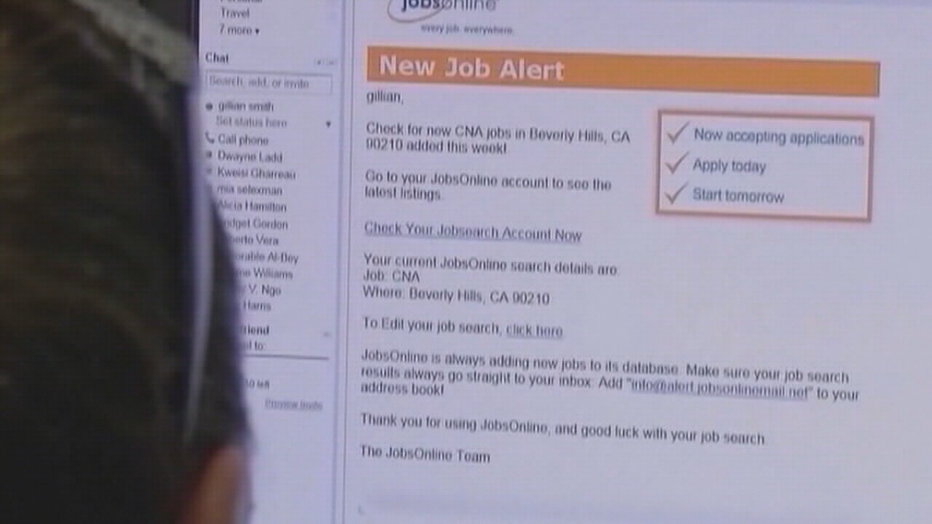 It’s been nearly two weeks since she was laid off from her marketing job, but the process of filing for unemployment is making it worse for her.

“We’ll it’s definitely been the most stressful part of everything so far,” she added.

“A lot of bleeping. A lot of four-letter words,” Beakley said. “When people were sitting there recommending, oh, try it between 1 a.m. and 6 a.m. and I’m like, oh, I’ve already tried that.”

The TWC said at this time, its website and phone operators cannot handle the traffic. It used to average 13,000 calls a day, but in one 24-hour period last week, it said it had more than 1.7 million calls.

“A year’s worth of work in just over a month,” said Cisco Gamez, with TWC.

The workforce commission said it has helped more than half a million Texans file for unemployment in less than three weeks.

In past years, unemployment checks would begin on the date a claim was filed, but due to the overwhelming amount of claims, it’s making a change.

“We aren’t looking at the dates that you filed the claim but the date of your job separation or the date that you had reduced hours,” Gamez explained.

Beakley believes she’ll be fine but she’s frustrated she’s having to spend her time trying to collect unemployment.

Phones are on limited hours but the website is 24 hours. So the TWC said people should try applying in the middle of the night when traffic is lower.

Click here for more information on filing for unemployment with TWC or call 800-939-6631.