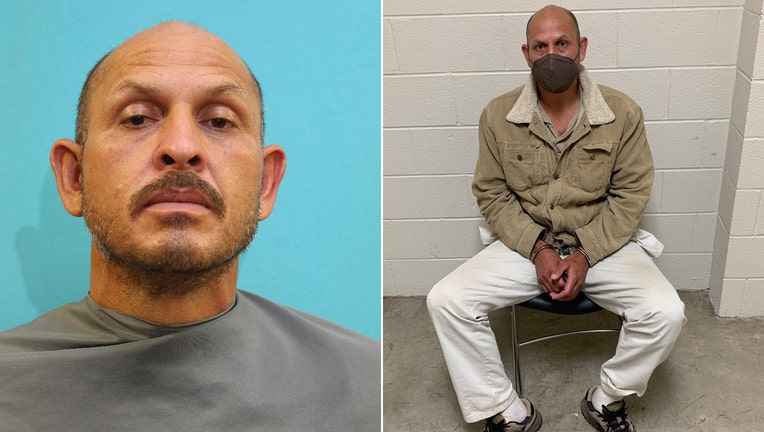 CARROLLTON, Texas - A former Carrollton-Farmers Branch ISD employee who has been on the run for seven years is now back in North Texas to face murder charges.

Carrollton police said Gerardo Alvarez was wanted for killing CFBISD Groundskeeping Supervisor Todd Fenton in 2013. Alvarez worked for the school district at the time and Fenton was his boss.

A school bus driver found Fenton’s body in the district’s maintenance barn on the night of Oct. 2, 2013. He had been shot several times in the back.

Police said Alvarez was seen on surveillance video at the bus barn around the time of the murder. He also didn’t show up for work the next day.

Detectives identified Alvarez as the suspect early in the investigation but determined he had already fled to Mexico. They have been working with a fugitive task force for the past seven years to find him.

Alvarez was finally captured in Mexico and returned to the United States on Tuesday.

"This arrest was the result of dogged determination and great police work by all involved," said Carrollton Police Chief Derick Miller. "The partnership of The U.S. Marshals, our own detective assigned to their fugitive task force, as well as the authorities in Mexico will finally allow the family of Todd Fenton some measure of peace. It may have been justice delayed, but it was not denied."

Fenton had worked for CFBISD for 16 years before his death and was known for taking great care of the grounds.

Police have not released any details about the motive for the shooting.

Alvarez is currently being held in the Dallas County jail on a murder charge.