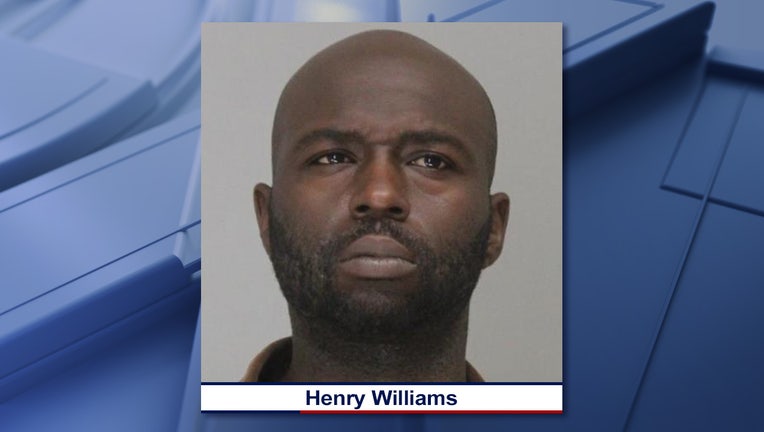 COLLEYVILLE, Texas - The 32-year-old man who sold a gun to a terrorist who then used it to hold hostages at a Colleyville synagogue pleaded guilty to a federal firearm crime.

Henry "Michael" Dwight Williams pleaded guilty to being a felon in possession of a firearm Thursday. He faces up to 10 years in federal prison.

During the initial interview with authorities, Williams reportedly recalled meeting a man with a British accent. Akram was a British citizen.

Williams was interviewed again after being arrested on an outstanding warrant, and authorities said he confirmed he sold Akram the handgun at an intersection in South Dallas.

"This defendant, a convicted felon, had no business carrying – much less buying and selling – firearms. Whether he suspected his buyer would use the gun to menace a community of faith is legally irrelevant: In the U.S., convicted felons cannot possess firearms," said United States Attorney for the Northern District of Texas Chad E. Meacham. "The Justice Department is committed to prosecuting those who violate our nation’s federal firearm laws, which are designed to keep guns from falling into the hands of dangerous offenders. We are grateful to the FBI, which sprang into action as soon as the synagogue hostage crisis began, and to the agents who worked tirelessly to track the weapon from Mr. Akram to the defendant."